The Free Library is pleased to present Monday Poets on a Monday evening every month, year round.

Now in its 24th year, the Monday Poets Reading Series showcases a variety of talented poets with local and national reputations. Readings take place from 6:30 p.m. to 8:30 p.m. in the Heim Center of the Parkway Central Library, 1901 Vine Street. Copies of the featured poets’ books may be available for cash purchase. This year we also will have two open-mic readings for those interested in presenting their work. For additional information, please call the Free Library of Philadelphia’s Literature Department at 215-686-5402. 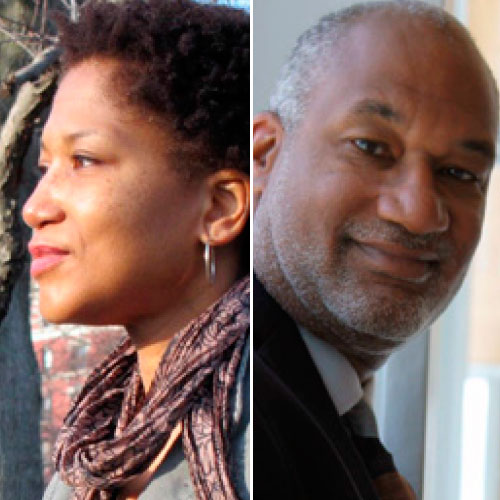 Janice A. Lowe is a composer and poet. Her collection, Leaving CLE, poems of nomadic dispersal (Miami University Press, 2016) moves from Cleveland to New York City to Tuscaloosa’s "schoolhouse door" and back. A Jonathan Larson Dramatists Guild Fellow, she has composed over 200 theater songs.

Herman Beaver’s latest poetry project turns to Toni Morrison’s Beloved as a source for a cycle of poems on Sethe’s two sons, Howard and Buglar that will situate them in circumstances ranging from the Civil War and the Spanish-American War to Tammany Hall in New York City; Wilberforce University to the early stages of the Great Migration. He is a professor of English and Africana studies at the University of Pennsylvania.

Monday Poets is presented in Room 108 at Parkway Central on the first Monday of every month.  It is moderated by Lamont Dixon.

Copies of the featured poets' books may be available for cash purchase after the reading.  At program's end, if time permits, there may be a short open-mic session.