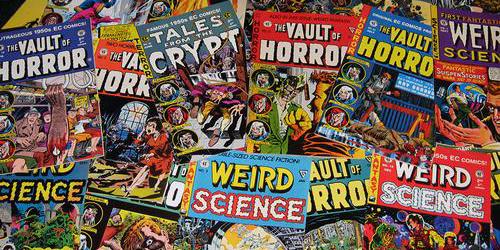 It’s October and you know what that means – it’s time for all things haunted and spooky! I’m not generally a person who is into witches and ghosts and demons, but this is the one time of year that I’ll make an exception. If that’s the kind of mood you are in too, here are some suggestions for adding some creep factor and a little horror to your Comic Books and Graphic Novels TBR (to-be-read) pile: 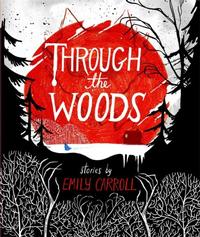 Through the Woods
"It came from the woods. Most strange things do."
Five mysterious, spine-tingling stories follow journeys into (and out of?) the eerie abyss. These chilling tales spring from the macabre imagination of acclaimed and award-winning comic creator Emily Carroll. Come take a walk in the woods and see what awaits you there... 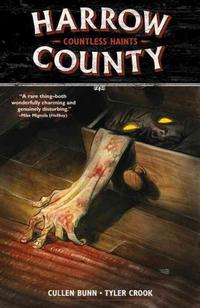 Harrow County: Countless Haints
Young Emmy always knew that the woods surrounding her home crawled with ghosts and monsters—the countless haints of Harrow County. But on the eve of her eighteenth birthday, she learns that she is connected to these creatures—and to the land itself—in ways she never could have imagined. 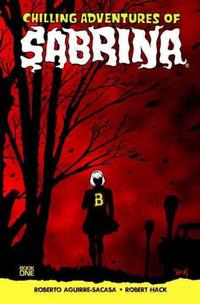 Chilling Adventures of Sabrina
On the eve of her sixteenth birthday, young sorceress Sabrina Spellman finds herself at a crossroads, forced to choose between an unearthly destiny and her own mortal boyfriend, Harvey. But Madam Satan, a deadly foe from her family's past, has arrived in Greendale, and she has her sights set squarely on the young witch. Can Sabrina face the challenge, or will her witching career—and high school life—end all too abruptly? 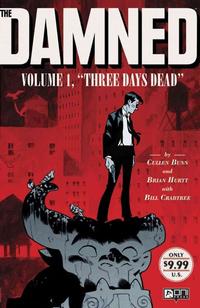 The Damned: Three Days Dead
During prohibition, gangsters grew rich on our vices, and rivalries between criminal organizations resulted in open war. But unknown to the masses, a more sinister power controlled the crime cartels, using greed, gluttony, lust and other sins to fuel a more lucrative trade: mortal souls. Enter Eddie, a mortal who lost his soul long ago. Caught in the middle of competing demonic families, any other human would've gotten the ax long ago. But Eddie's got a special talent that keeps him on his feet. One man's curse is another man's gift. 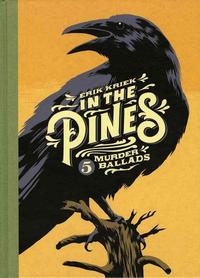 In the Pines: Five Murder Ballads
The murder ballad holds a rock-solid position in US roots music and the Great American Songbook for decades. Telling the stories of sometimes true and often not-so-true-crimes and other horrific events, they are raw stories full of unrequited love, betrayal, life, and death. The song form stems from the Anglo-Saxon ballad tradition, where stories were orally passed on to a mostly illiterate population. Dutch cartoonist Erik Kriek was inspired by five old and new murder ballads—including songs by modern masters such as Nick Cave, Steve Earle, and Gillian Welch—and used them as a launching point for five special and ruthless graphic narratives that dig deep into the darkness of Americana, in which guns and religion maintain an uneasy balance. 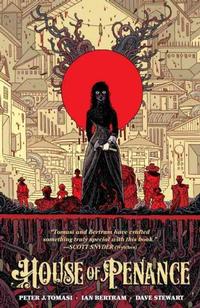 House of Penance
A horrific take on the true story of the Winchester haunted house and one woman’s mission to wash away the blood curse of the Winchester rifle from claiming her own life and soul. This is a tale of guilt, ghosts, and guns... of how fortune brings misfortune as a grim and determined woman oversees the construction of a house twenty-four hours a day for twenty years, with the simple motto of keep busy building or get busy dying.

Have more haunted or haunting suggestions? Let me know in the comments!

Panel from Chilling Adventures of Sabrina
2 Comments | Add a Comment
I'd definitely include WYTCHES, Vol. 1. as well. Probably one of the best straight-up horror graphic novels I've read in the past few years.
Edward Wells - Philadelphia
Great suggestion - thanks Ned!
Rachel F - Philadelphia