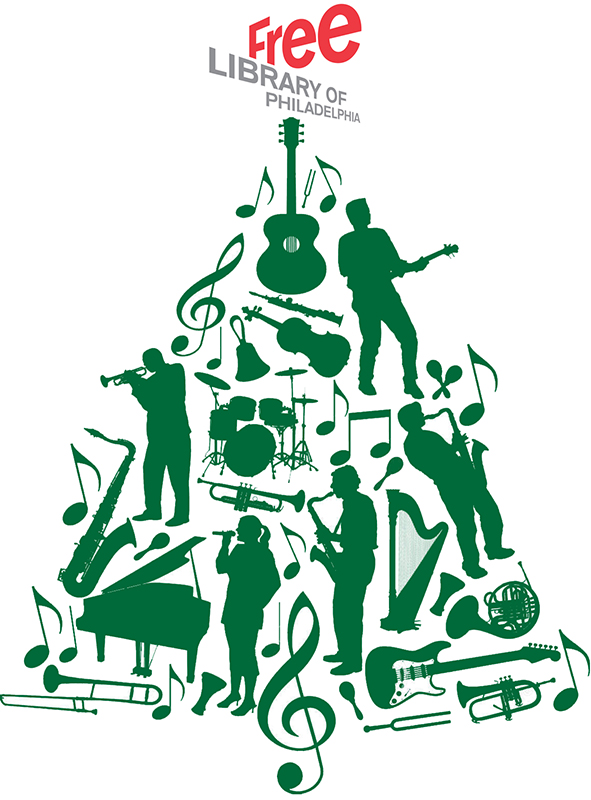 As we go to air it’s the beginning of January, which means we’re still in the Christmas season, which also means I have no compunction about playing some Christmas music for you—especially since this is Christmas music I’m pretty sure you’ve never heard before. Not unless you’re an American music history expert, that is, but in any case, I’m speaking of the Santa Claus Symphony by William Henry Fry. Technically, it’s Santa Claus, colon, Christmas Symphony, but however we say the title, Fry claimed, after the 1853 premiere of this half-hour-long piece, that it was "the longest instrumental composition ever written on a single subject, with unbroken continuity." I think he was right.

Santa Claus is only one of a number of firsts from William Henry Fry. Living from 1813 to 1864, Fry was the first native-born American to compose for large symphonic forces. There were American composers before him, of course, such as William Billings and other New Englanders, Philadelphia’s Francis Hopkinson, the French American Leopold Meignen (with whom Fry studied in Philadelphia), and the Bohemian-born Anthony Philip Heinrich, but large symphony orchestras didn’t exist in America until the founding of what is now the New York Philharmonic in 1842. 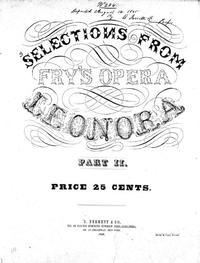 He was also the first American to insist that Americans play American music. That got him into some hot water, not that he minded it, but it landed a friend of his, fellow composer George Bristow, into trouble inadvertently. A wild back-and-forth exchange between Fry and John Sullivan Dwight over whether the Santa Claus Symphony was really a symphony (Fry said Yes, Dwight said No) devolved into a heated discussion over the state of American music. Those of you who are up on your Christmas music may kn 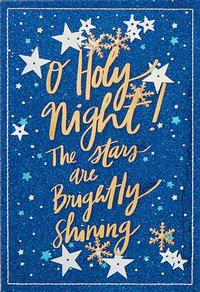 ow John S. Dwight as the one who translated "O Holy Night" from French to English.

To signal how bad it was for American composers, Fry said that Bristow, a violinist in the New York Philharmonic, couldn’t get his own music performed by them. Bristow soon resigned from the orchestra in the ensuing dust-up, but in a few years everyone made nice, Bristow was back, and they did, in fact, play his symphonic music.

But back to Santa Claus. Fry wrote it for Louis Antoine Jullien's Orchestra, touring the States from France, with some of Europe’s top-notch players, which explains the number of solos spiced throughout the work. They premiered it in New York on Christmas Eve, 1853. It follows a story, provided by the composer, very closely, so here’s the synopsis:

A trumpet announces the Savior's birth, and angels takes up the chorus. Some of the angels fall away in anger, but the rest end in harmony. Down on Earth, it’s a Christmas Eve party with family and dancing. The brass warn of an impending snowstorm. The dancing resumes, but quieter as party-goers leave for home. Sleep descends on the household, and we hear the Lord's Prayer in syllabic cadence on the upper strings. The soprano saxophone, in what is probably the first-ever use of the newly invented instrument in any symphonic work anywhere, plays "Rock-a-by baby." Muted strings mimic the baby’s breathing. Out in the snowstorm, a lost traveler is depicted in a rare double bass solo.

Then, Santa Claus enters as a high bassoon, in his horse-drawn sleigh. You can hear him slide down the chimney accompanied by flutes. Plucked strings are the toys being dropped into stockings. The children still asleep, Santa leaves to the sound of hooves and bells receding into the distance.

Extremely high violins portray a chorus of angels singing the familiar "Adeste fideles." The sun rises on Christmas Day. The house awakens to the sounds of "Get up!" on the French horn and "Little Bo-peep" on the trumpets. Children play, the beginning of the work reappears, as does "Adeste fideles," and Santa Claus: Christmas Symphony closes in a hymn of praise. 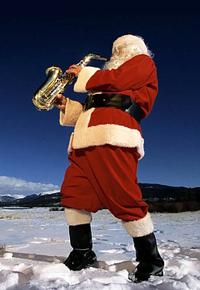 Fry was the first native-born American to compose large symphonic music, and this was the first symphony. As far as I’ve been able to determine, it was the first use of a saxophone in an orchestra anywhere in the world. Fry wrote the first American grand opera, he was the first major newspaper music critic, and his constant annoyance of the powers that were helped to kickstart the emergence of a truly American classical music.

And as it happens, the Fleisher Collection is creating an all-new re-engraving and edition of the Santa Claus Symphony. We’re already proud that, along with this recording, the first performances since 1853 of Santa Claus have taken place because of the work we’ve done. Here’s to many more!

William Henry Fry is featured on this month's Fleisher Discoveries, and I think we’ll get to more of his music on future podcasts. 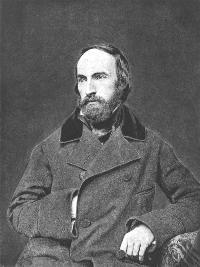 Fleisher Discoveries is the Fleisher Collection's new podcast! Listen and stream via Soundcloud on any desktop computer or mobile device!
1 Comment | Add a Comment
Fantastic piece and one we are keen to perform- is the Fleisher edition to be available to purchase?
Frank Jordan - Northampton UK