Black to the Future: African-American Voices in Science Fiction

Long before Comic-Con, long before the Hugo and Nebula awards, long before the sci-fi superhero film Black Panther made $1.3 billion dollars globally and became one of the highest grossing movies of all time, a Harlem man named Warren Fitzgerald invited some similarly future-minded pals over to the home he shared with his wife Gertrude on December 11, 1929, for the first meeting of "The Scienceers" club. Little did the handful of friends in attendance know that this occasion would someday be marked as the very first science fiction convention.

The African-American influence on science fiction has been there from the very beginning, even if many of its writers got lost in the anonymity of the pulps, may have elided over their race to find an audience, or been the target of covert and overt racism – appallingly, as recently as 2015, when an anti-diversity, alt-right contingent of sci-fi writers named Sad Puppies tried to game the Hugo Awards to squeeze out progressive voices. And as recently as 2017, the BlackSpecFic report concluded that only 4.3% of speculative fiction stories published that year were by Black writers. So let’s help fix that by celebrating the African-American contribution to the genre and highlighting some of the prominent Black voices in science fiction. 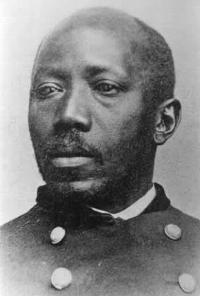 Abolitionist, pan-Africanist, Union Army veteran and Black nationalism pioneer Martin Delany wrote his serialized novel Blake, or the Huts of America in 1859, before the Civil War had even begun (and four years before Jules Verne pulished his debut novel Five Weeks in a Balloon). This alternate-future novel traces the rebellion of an enslaved West Indian man who rallies a revolutionary army in the American South to take over Cuba as a self-governed Black nation. Regrettably, the conclusion of the novel has been lost to time. 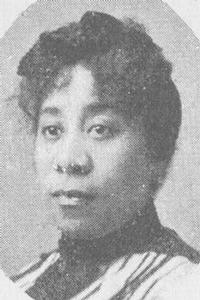 Fifty years later, actress turned writer, journalist, and playwright Pauline Hopkins wrote Of One Blood: Or, The Hidden Self, in which an archaeology student’s chance encounter with a woman leads to an adventure in a lost Ethiopian kingdom where he awakens to his Black identity. The book is a combination of rollicking adventure/melodrama and progressive edification, from an author who once wrote that "fiction is of great value to any people as a preserver of manners and customs—religious, political, and social . . . No one will do this for us; we must ourselves develop the men and women who will faithfully portray the inmost thoughts and feelings of the Negro with all the fire and romance which lie dormant in our history." She may be one of the first writers of what’s termed "soft science fiction": stories concerned with the scientific disciplines of sociology, psychology, and anthropology. 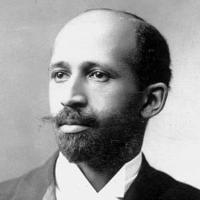 Speaking of sociology, it’s well-known that one of prominent activist and thinker W.E.B. Du Bois’s significant projects was the sociological study "The Philadelphia Negro"—but it’s less known that he wrote the science fiction story "The Comet", first published in his book Darkwater: Voices from Within the Veil. In this apocalyptic Garden of Eden scenario, a comet demolishes New York and the sole survivors—a Black man and a wealthy white woman—must work together to survive. (For a more cheerful view of the future, check out Edward A. Johnson’s 1904 utopian time travel novel Light Ahead for the Negro, where a passenger on an airship wakes up in the year 2006 where racism has ended and African-Americans enjoy all rights and opportunities.) 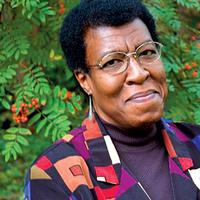 Any discussion of Black sci-fi authors must include Octavia Butler, the first science fiction writer to win a MacArthur "Genius Grant" fellowship. Her most known book is Kindred, about an African-American woman wrenched through time to the slave plantation of her ancestors (both Black and white). But by the time that classic was published in 1979, she had already accrued an impressive body of work, including the novels Patternmaster and Survivor, which became part of her Patternist series. Her 3-part Xenogenesis series, including the books Dawn, Adulthood Rites, and Imago, cemented her reputation. Her triumph over the odds not only includes her race, her gender, her tremendous shyness, and her impoverished childhood raised by a single mother, but also the fact that she was dyslexic. (Her talent was great, but her work effort was also matchless—even when times were so lean she was working as a potato chip inspector, she still woke up every morning at 2 a.m. to write.) Where to begin reading her work? Anywhere is a good entry point, but a sampler of her flavor can be found in her short story collection Bloodchild. 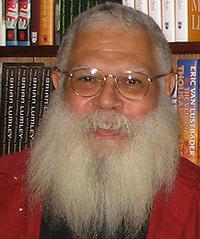 Philadelphia’s own Samuel R. Delaney is known for science fiction novels such as Tales of Nevèrÿon, Through The Valley of the Nest of Spiders, Babel-17, and the brutal and controversial dystopian novel Hogg. But he also writes critical explorations about the genre of science fiction, as well as memoirs and musings about his own un-pigeonholeable identity (he is a very light-skinned son of Harlem, a gay man who had been polyamorously married to the lesbian poet Marilyn Hacker, and a Temple University professor who entered into a romance with a homeless book vendor, an experience he recounted in the graphic novel memoir Bread and Wine: An Erotic Tale of New York).

Philadelphia’s other pioneer of Afrofuturism (a combination style/philosophy that imagines a future shaped by the African Diaspora experience) is the visionary jazz composer and poet Sun Ra. As the bandleader of the Sun Ra Arkestra—and as a self-declared alien from Saturn—he combined his love of Flash Gordon, Egyptian mythology, and mystical philosophy into a unique big-band jazz style he called "Cosmic Swing". While most known for albums like Space is the Place (the soundtrack to the film of the same name), he was also a poet and writer of manifestos, and his Arkestra continues to perform to this day. 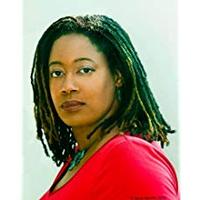 And what about that thwarted scheme to stack the Hugo deck against science fiction writers of color? It couldn't stop N.K. Jemisin, who in 2018 became the first writer to win the Hugo award three years in a row when the third part of her Broken Earth series The Stone Sky nabbed that historic win. Jemisin, who wrote her debut novel The Hundred Thousand Kingdoms in a fit of pique after her previous manuscript didn't sell to big publishers because it was "too Black" is one of the most exciting new science fiction writers of any color – and she’s just one of a vanguard of emerging, game-changing voices like Nisi Shawl, Nnedi Okorafor, and Tananarive Due, who are also expanding the realm of speculative fiction. (Nnedi Okorafor has also branched out into writing graphic novels, including Black Panther: Long Live The King.)

If all this has whetted a craving for more about the African-American sci-fi connection and the possibilities of Afrofuturism, check out the anthologies Dark Matter: A Century of Speculative Fiction, (containing stories by Walter Mosley, Jewelle Gomez, Steven Barnes, and more) and Mothership: Tales From Afrofuturism and Beyond (with tales from Victor LaValle, Ibi Zoboi, and Carmen Maria Machado). We've also got a primer on Afrofuturism, and let's not forget Philly's own LAAB – a culture journal in graphic novel form, whose first issue is all about Afrofuturism, and the revolutionary speculative arts collective Metropolarity, headed up by Alex Smith (who was a guest at our annual Comic Con last year).

It's impossible to get every African-American contributor to the magnificent genre of sci sci-fiked into just one blog post, so if we've forgotten someone, drop a name of a book you loved from them in the comments below! 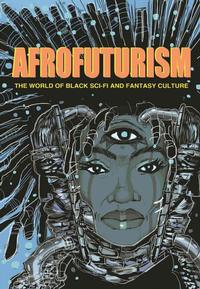 Celebrating and highlighting some of the prominent Black voices and their contributions throughout the science fiction genre and beyond.
1 Comment | Add a Comment
This is a useful and excellent share. Will definitely share it with people I know. And also read this about science fictions Thanks!
Benoit