If you had told me a few years ago that I would be fully obsessed with either ice hockey or fencing by way of comics I would have laughed SO HARD. I’m barely into watching baseball or football – and those have snacks readily available! But wow, there are some amazing sports comics out there. Or maybe I am just really into the titles that go beyond sports and into the personal drama of the players. Either way – I’m very, very into them! If you think I’m joking I suggest checking out one of these recent titles. 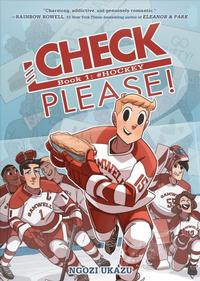 Check Please! by Ngozi Ukazu
The hilarious and heartbreaking confessions of a figure skater turned collegiate hockey player who's terrified of checking, while desperately in love with the captain of his hockey team. Eric Bittle is a former Georgia junior figure skating champion, vlogger extraordinaire, and amateur pâtissier. But as accomplished as he is, nothing could prepare him for his freshman year of playing hockey at the prestigious Samwell University in Samwell, Massachusetts. It's nothing like co-ed club hockey back in the South! For one? There’s checking. Second, there is Jack—his very attractive but moody captain. A collection of the first half of the mega-popular webcomic series of the same name, this is a hilarious and stirring coming-of-age story about hockey, bros, and trying to find yourself during the best four years of your life. 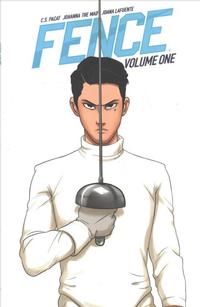 Fence by C.S. Pacat
Nicholas, the illegitimate son of a retired fencing champion, is a scrappy fencing wunderkind, and dreams of getting the chance and the training to actually compete. After getting accepted to the prodigious Kings Row private school, Nicholas is thrust into a cut-throat world, and finds himself facing not only his golden-boy half-brother, but the unbeatable, mysterious Seiji Katayama. Through clashes, rivalries, and romance between teammates, Nicholas and the boys of Kings Row will discover there's much more to fencing than just foils and lunges. 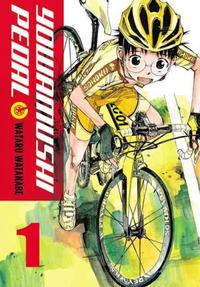 Yowamushi Pedal by Wataru Watanabe
Power-pedaling Sakamichi Onoda has long been conquering the steepest slopes and regularly making the ninety-kilometer round-trip to Akihabara on a mommy bike! But when his bike commute to his new high school lands him in a confrontation with the serious first-year road racer Imaizumi, Onoda has a major showdown on his hands! Can this meek geek really out-pedal the future ace of the school road-racing team? 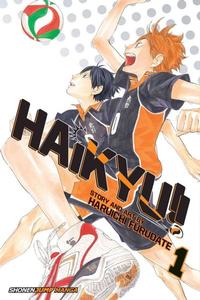 Haikyu!!: Hinata and Kageyama by Haruichi Furudate
Ever since he saw the legendary player known as "the Little Giant" compete at the national volleyball finals, Shoyo Hinata has been aiming to be the best volleyball player ever! Who says you need to be tall to play volleyball when you can jump higher than anyone else? After losing his first and last volleyball match against Tobio Kageyama, "the King of the Court," Shoyo Hinata swears to become his rival after graduating middle school. But what happens when the guy he wants to defeat ends up being his teammate?!

So there you have it friends, all the sports friendship and drama you can handle! Did I miss your favorite sports comic or manga? Let me know in the comments.

Can't get enough of comics and graphic novels? Save the date for the next Free Library Comic Con coming up on Saturday, May 11! Get your free tickets now! 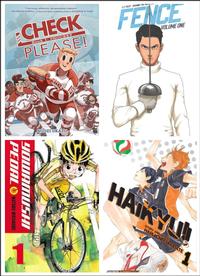 There are some amazing sports comics out there... and here's just a few to check out!
Add a Comment