Parkway Central Library Senior Services will commemorate the 50th anniversary of the Coretta Scott King Awards for excellence in African American children’s literature with a five-part discussion series called Conversations In Color. These conversations take place throughout the month of June and center around the influence that images of color and/or people of color have or have had on childhood reading.

Although the celebrated books are written for children and youth, our "Conversations" target adults, most especially senior citizens. In fact, the first four conversations will be held at senior centers across the city so that we can specifically find out about the childhood reading experiences of people over sixty. We want to hear from people who learned to read during a time when stories featuring people of color were scarce.

We suspect that the introduction of ethnic imagery into children’s literature had a profound impact upon children and families across color lines; and we’re hoping that seniors will talk with us about those early years. There must have been surprise, shock, anger, and disapproval long before there was widespread acceptance, approval, anticipation even. And still, that would have been a far cry from the currently rising expectation, and intentional celebration, of color imagery in children’s literature.

We can’t tap every senior demographic, at least not yet, but seniors across the city are welcome at all locations, and we encourage them to join the conversation. We start in North Philadelphia at the Norris Square Senior Center on June 4. Norris square is a Latino senior center in the heart of Kensington. It was founded almost 50 years ago and has become a fixture in the Latino community. The entire staff of Norris Square is bilingual in Spanish and English, and it has long been the go-to place for non-English speaking Puerto Rican senior citizens. Spanish is the primary (and preferred) language at Norris Square. So, when we were planning the Norris Square conversation, Elizabeth Morales, the program director asked if the Free Library could provide a Spanish interpreter. Of course we can, and we shall! The Free Library of Philadelphia serves a broad diversity of people across an array of languages, with Spanish being the most prevalent. In the spirit of collaboration customary among our librarians, we reached out to Willhem Echevarria, a bilingual Librarian and Digital Curator in our Special Collections department, who was more than happy to take part in the event.

On June 12, we’ll visit the Philadelphia Senior Center (PSC) where Edwina Griggs is the program director. PSC is historic! It helped blaze the trail for services to older Americans across the nation. Seventy years ago when it was established, there were only two other senior centers in the entire country. Nowadays you’d be hard pressed to find a city, town, or hamlet without a senior center but PSC is still among the most prominent. Its population is as diverse as the South Philadelphia neighborhood in which it is located; and a talk with PSC seniors should reflect quite a cross-section of experiences.

Our fourth stop is the KleinLife Senior Center on June 19 in the far Northeast, where Shelly Geltzer is the program director. KleinLife’s community is almost exclusively Jewish. The staff of Parkway Central Library's Senior Services proudly helped them launch their Senior Book Club, and we know from that experience that even in their senior years people are eager to consume stories in which they see themselves. In our first three months together, we read The Japanese Lover by Isabel Allende, Once We Were Brothers by Ronald H. Balson, and the Lilac Girls by Martha Hall Kelly, while we impatiently waited for enough copies of Karolina’s Twins (also by Balson) to become available. All four novels are set in WWII-era Nazi Germany. Jewish seniors eager to read Jewish novels suggests that representation matters across age as well as ethnicity. Whether based on relationship (we’ve been friends with KleinLife for almost two years now) or their lived experiences of being underrepresented in popular literature, we’re certain that the seniors at KleinLife will open up about their childhood reading experiences and we are anxious to hear what they have to say.

We conclude this series on June 25 in the Skyline Room at Parkway Central Library with an intergenerational, cross-cultural conversation. Unlike the first four which are exclusively for senior citizens, the invitation to the final conversation is extended to people from all walks of life and across age groups from teens to senior citizens. It will be led by internationally acclaimed fine artist, and award-winning illustrator, E.B. Lewis. Mr. Lewis, who teaches at the Pennsylvania Academy of Fine Arts, will showcase his artistry and facilitate dialog about the impact of images of color in children's literature and its increasing prevalence over the last 50 years. Please come out, join the conversation, and lend your perspective. You'll be glad you did.

We hope to see you at one of these upcoming conversational events! 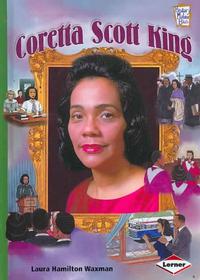 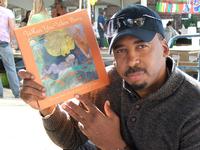 E.B. Lewis
2 Comments | Add a Comment
Sounds like a fabulous series of programs!
Sarah
I plan to be there. Race awareness in children's books is telling, and interesting.
James Chan - Center City, Philadelphia