It's that time of the year again where it may not be safe to go back in the water...

For the past 31 years, Shark Week has been an annual celebration of the sharp-toothed and fast-finned creatures, running the gamut from educational documentaries to now, fully-realized Hollywood films. For the first time ever, the Discovery Channel is rolling out a scripted, feature-length film just for Shark Week: Capsized: Blood In The Water, starring Josh Duhamel, tells the true story of an October 1982 shark encounter.

In recent years, perhaps due to the influence of Shark Week or just the fact that sharks make good protagonists or antagonists in films—depending on how you view them—it's no surprise that sharks have taken up a good portion of the pop culture attention span. Here's just a few of the many shark-related films you can find through our catalog and Hoopla, one of our streaming services available through our Digital Media Portal. 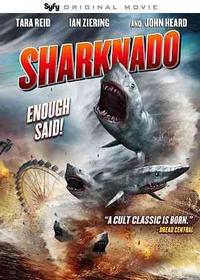 Sharknado (2013, DVD)
Let's start with the now-cult-classic film that kicked off the latest sharksploitation b-movie trend—Sharknado! When a freak hurricane lands in Los Angeles, nature's deadliest killer rules the sea, land, and air as thousands of sharks terrorize the waterlogged populace. Ridiculous? Absolutely. So much so that it spawned 4 sequels and a documentary! 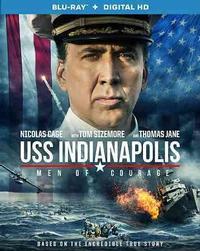 USS Indianapolis: Men of Courage (2017, Blu-ray)
Based on the true story of the crew of the USS Indianapolis, who in 1945 were stranded in the Philippine Sea for five days after delivering the atomic weapons that would eventually end WWII. This historical event is also referenced by the character Quint, in one of the more memorable speeches ever given on film, in 1975's Jaws. 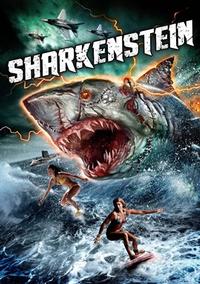 Sharkenstein (2016, Streaming via Hoopla)
Speaking of WWII and sharks... here's Sharkenstein! In the final days of World War II, a secret experiment to weaponize sharks is seemingly abandoned by Nazi scientists. 60 years later, a small ocean town is haunted by a mysterious creature, one built from the parts of the greatest killers in the sea—a Sharkenstein monster! 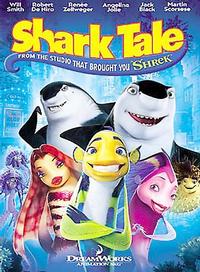 Shark Tale (2005, DVD)
In this animated underwater tale and first computer-animated film by DreamWorks Animation, the story of a fish named Oscar (voiced by Will Smith) is falsely claimed to have killed the son of a shark mob boss (voiced by Robert De Niro) to advance his own standing in the underwater community. Odd premise for an animated "kids movie", but it does boast some impressive voice talent with the aforementioned Will Smith and Robert De Niro, plus Renée Zellweger, Angelina Jolie, Jack Black, Martin Scorsese, Ziggy Marley, Doug E. Doug, Michael Imperioli, Vincent Pastore, and Columbo himself, Peter Falk! 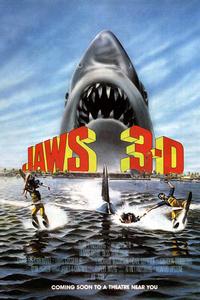 Jaws 3 (1983, DVD)
Perhaps the most ridiculous movie on this short list—yes, even more so than Sharknado! Jaws 3-D, as it was originally marketed and released in 1983, takes place at SeaWorld and concerns the Brody boys from the first Jaws movie, relocating from Martha's Vineyard in Massachusetts down to Florida, only to have to deal with multiple sharks inside a waterpark. Cult classic performances from Dennis Quaid, Bess Armstrong, and Louis Gossett, Jr., plus the 3D special effects (sadly, not available on this DVD, but can actually be seen now with the new Blu-ray release and a HiDef 3D capable television!) make this a must watch during Shark Week or really any week!

Are you excited for Shark Week? What are some of your favorite shark-related books and movies? Let us know in the comments!

Shark Week
1 Comment | Add a Comment
Keeping with the spirit of JAWS 3, I would recommend the highly entertaining MEG series by Steve Alten. It's basically a saga about prehistoric sharks existing today and the humans who fear/feed them. Here is the sequence so far: Meg (A Novel of Deep Terror), The Trench, Primal Waters, Hell's Aquarium, Nightstalkers, Generations..
Ned Wells - Philadelphia