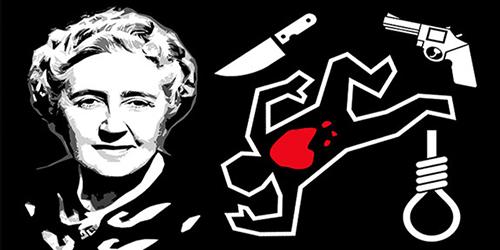 In the course of a casual conversation with a new acquaintance this summer, chatter turned—as it inevitably does, when one of you works in a library—first to books, then to mystery novels, and then to my minor obsession with Agatha Christie, who celebrates her 129th birthday this weekend. My new pal was interested in diving into the world of Christie’s classic British mysteries, but with some more than 70 novels and short story collections to the author’s name, where to begin?

It’s true, getting started with the Queen of Crime can be as daunting as … solving The Murder at the Vicarage. Not to fear! Herewith, a quick starters guide: 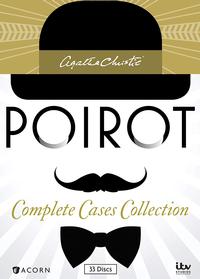 Hercule Poirot
Perhaps her most famed creation, Hercule Poirot is Christie’s tidy Belgian detective, concerned in equal measure with keeping his glorious moustaches intact and exercising his "little grey cells" in the service of solving crimes big and small. He appears in 33 Christie novels and in more than 50 of her short stories. Purists will want to start with the first appearance of the dapper Monsieur Poirot in The Mysterious Affair at Styles, but I’ll give a plug for one of my favorite Hercule turns in The Murder of Roger Ackroyd. Murder on the Orient Express is another Poirot classic not to be missed! 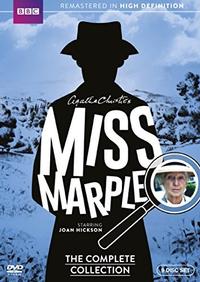 Miss Marple
Although there are fewer novels and short stories devoted to Miss Marple, Christie’s other well-known crime-stopper makes up in personality what she lacks in page-prowess. Don’t let the grandmotherly demeanor and knitting needles fool you; Miss Marple is the all-seeing, all-knowing resident of the village of St. Mary Mead. So don’t try anything shady. Do try checking out Miss Marple’s first appearance in the short story "The Tuesday Night Club" found in the collection The Thirteen Problems, perennial favorite A Murder is Announced, or the thematically appropriate The Body in the Library. Yikes. 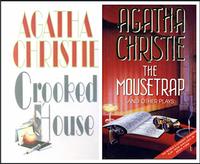 Stand Alones
While my love of a book series drives me to recommend starting with the Poirot or Marple canons, there are plenty of one-off mysteries if you’re looking for a lower-commitment entry point into the world of Christie. Check out the super sinister Crooked House (And you thought your family was tough!) or dive into some stage drama with The Mousetrap, which is the longest running play on London’s West End. 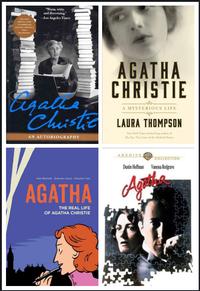 True Crime
How about starting the journey by getting to know our author better? Dame Christie lived her life, it seems, in service of the maxim that truth is stranger than fiction. Pick up a biography (or two), dive into a graphic novel, or even screen a film about some of her adventures, which include a childhood spent on the English Riviera, archeological tours of the Middle East, and an 11-day disappearance in 1926. The latter led to a massive manhunt, international news coverage, and a claim from Christie that she had no idea how she ended up in a hotel some 200 miles from her home. How’s that for a mystery? 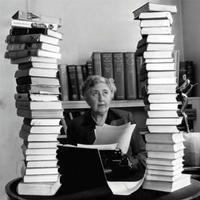