The Voices of Undocumented Immigrants: Memoirs and Stories of Young People

Who are all these undocumented folks we hear about? What is DACA (Deferred Action for Childhood Arrivals)? Who are DREAMers? What does it mean to be an American, to be a citizen? With questions of citizenship in the news lately, I thought it might be interesting to share some titles published recently in which undocumented young people, or young people with undocumented family members, share their experiences and journeys to the United States or citizenship and what that means to them. 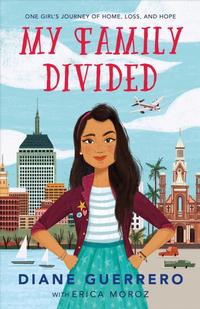 My Family Divided: One Girl's Journey of Home, Loss, and Hope by Diane Guerrero
Diane Guerrero, the television actress from the mega-TV-hits Orange is the New Black and Jane the Virgin, was just fourteen years old on the day her parents and brother were arrested and deported to Colombia while she was at school. Born in the U.S., Guerrero was able to remain in the country and continue her education, relying on the kindness of family friends who took her in and helped her build a life and a successful acting career for herself, without the support system of her family. There are over 11 million undocumented immigrants living in the US, many of whom have citizen children, whose lives here are just as precarious, and whose stories haven't been told. This memoir is a tale of personal triumph that also casts a much-needed light on the fears that haunt the daily existence of families likes the author's and on a system that fails them over and over. 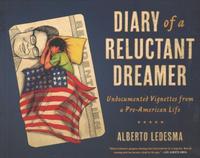 Diary of a Reluctant Dreamer: Undocumented Vignettes from a Pre-American Life by Alberto Ledesma
In this hybrid memoir, Alberto Ledesma wonders: "At what point does a long-time undocumented immigrant become an American in the making?" From undocumented little boy to "hyper documented" university professor, Ledesma recounts how even now, he sometimes finds himself reverting to the child he was, recalling his father’s words: "Mijo, it doesn’t matter how good you think your English is, la migra will still get you." Exploring Ledesma's experiences from immigrant to student to academic, this book presents a humorous, gritty, and multilayered portrait of undocumented immigrant life in urban America. Ledesma's vignettes about life in the midst of ongoing social trauma give voice to a generation that has long been silent about its struggles. Delving into the key moments of cultural transition throughout his childhood and adulthood—police at the back door waiting to deport his family, the ex-girlfriend who threatens to call INS and report him, and the interactions with law enforcement even after he is no longer undocumented—Ledesma, through his art and his words, provides a glimpse into the psychological and philosophical concerns of undocumented immigrant youth who struggle to pinpoint their identity and community. 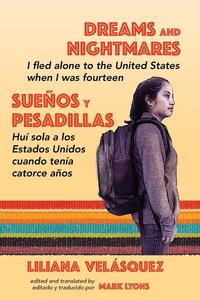 Dreams and Nightmares: I Fled Alone to the United States When I Was Fourteen by Liliana Velásquez
At fourteen, Liliana Velásquez walked out of her village in Guatemala and headed for the U.S. border, alone. On her two-thousand-mile voyage. she was robbed by narcos, rode the boxcars of La Bestia, and encountered death in the Sonoran Desert. When she was caught by Immigration in Arizona, she thought her journey was over, but it had just begun... 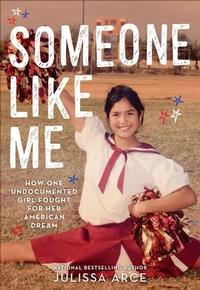 Someone Like Me: How One Undocumented Girl Fought for Her American Dream by Julissa Arce
Born in the picturesque town of Taxco, Mexico, Julissa Arce was left behind for months at a time with her two sisters, a nanny, and her grandma, while her parents worked tirelessly in America in hopes of building a home and providing a better life for their children. That is, until her parents brought Julissa to Texas to live with them. From then on, Julissa secretly lived as an undocumented immigrant, went on to become a scholarship winner and an honors college graduate, and climbed the ladder to become a vice president at Goldman Sachs. This moving, at times heartbreaking but always inspiring story, will show young readers that anything is possible. 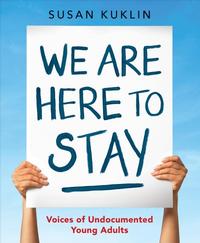 We Are Here to Stay by Susan Kuklin
Meet nine courageous young adults who have lived in the United States with a secret for much of their lives: they are not U.S. citizens. They came from Colombia, Mexico, Ghana, Independent Samoa, and Korea. They came seeking education, fleeing violence, and escaping poverty. All have heartbreaking and hopeful stories about leaving their homelands and starting a new life in America. And all are weary of living in the shadows.

Here are some additional resources and organizations supporting undocumented youth: 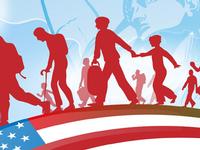