The holidays are in full swing, and that means your television, web browser, and anywhere else you can watch video on is currently inundated with holiday programming. And as comforting as A Charlie Brown Christmas or a Rankin/Bass stop-motion animated special (a.k.a. "Animagic"!) may be, if you're like me, you may want to find something new to watch. I mean, how many versions and adaptations of A Christmas Carol and The Nutcracker can you watch?

Lucky for all of us, our two main digital media streaming platforms, Hoopla and Kanopy, have some unique video selections for our collective viewing pleasure.

Check out these unique and occasionally unusual holiday films for something out of the merry mainstream.

I saw this fever dream of a film a few years ago at an Exhumed Films screening and HOO BOY did it melt my brain! The plot basically goes like this: Santa gets his sleigh stuck in the sand on a Florida beach a few days before Christmas Eve. He telepathically summons a group of neighborhood children for help... who then in turn get their buddy the Ice Cream Bunny—who happens to drive a fire engine—to come to Santa's rescue. There's also a bunch of interstitial stories in between them rescuing Santa that would make Sid and Marty Croft scratch their heads.

That Christmas ham William Shatner chews up the scenery as "Dangerous Dan", a wacky radio DJ who introduces each horrific holiday tale in this Christmas-themed anthology. Not even St. Nick is immune to the terror as he fights back against a horde of zombie elves in the finale!

When a girl and her cousin are accidentally zapped by a shrinking ray at the hands of one of Santa's elves on Christmas Eve, they must learn to trust and appreciate each other to get back home before Christmas or stay tiny forever. Obviously, wacky hijinks ensue throughout...

This is one of those shows that I thought I had dreamed, as for years no one could corroborate that it actually existed! Now thanks to the wonders of modern technology and streaming video, everyone can watch this holiday special from Canada's famous Nelvana animation studio. Three aliens from an unknown planet visit Earth to find the true meaning of Christmas. Their guides? A boy named Peter and his pet goose Lucy!

In this darkly comic holiday tale, it's Christmas Eve in northern Finland and an archeological dig has just unearthed—Santa Claus. But this Santa isn't one you want coming to town. When local children begin disappearing, Pietari and his father capture the mythological being and attempt to sell Santa to the corporation sponsoring the dig. Needless to say, things do not go as planned...

A documentary that delves into the minds of some of the world's most legendary Christmas music fanatics and collectors, with special appearances by holiday heroes including hip hop legend Joseph "Rev Run" Simmons of RUN-D.M.C., The Flaming Lips' frontman Wayne Coyne, filmmaker John Waters, bebopper Bob Dorough, L.A. DJ and musicologist Dr. Demento, and Calypso legend The Mighty Sparrow. It also doubles as a mix-tape of twelve of the weirdest, wildest, and most poignant Christmas songs you've never heard!

Not only does he see you when you're sleeping, and know when you're awake... he's also casing the mall bank! This Canadian heist thriller from the 1970s stars Elliott Gould as a mild-mannered bank teller who ends up in a fight for his life against a malevolent mall Santa, played by Christopher Plummer. Don't miss a bit cameo from a young John Candy before he appeared on SCTV!

Dreaming of a Jewish Christmas (2017)

Probably one of the creepiest and scariest films around, no matter what time of year it is. This proto-slasher film takes place during the holiday break in a small college town, as an unwelcome guest stalks the women of a sorority house. Brought to you by the same director of... A Christmas Story!

Season's Streamings to all and to all a Happy Holidaze! 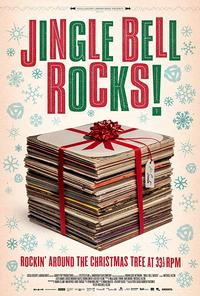 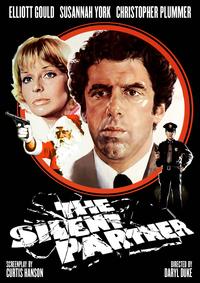