As we find ourselves weeks away from Election Day, consider this question:

Who was the first person in your family to vote?

The stories of Philadelphia women who built and sustained movements dedicated to voting rights is the focus of the Free Library’s newest exhibit, Making Her Mark: Philadelphia Women Fight for the Vote. For historical and contemporary Philadelphians like Lorene Cary, Dora Lewis, Bertha Sapovits, C. Dolores Tucker, and so many others featured in Making Her Mark, the fight to expand the right to vote is as much a part of our city’s past and present as its timeworn streets and the people who fill them. We invite you to see the struggle and significance of casting a ballot through the eyes of women whose inspiring work spans across generations, including:

Frances Ellen Watkins Harper (1825-1911)
Originally from Baltimore, Maryland, Harper traveled throughout the North and South to advocate for the rights of Black Americans. For much of her adult life, Harper made her home in a South Philadelphia row house that still stands to this day. Harper was a prolific writer and outstanding leader, leaving behind a legacy of poetry and prose alongside her key contributions to movements dedicated to suffrage and the abolition of slavery. A Black suffragist, Harper witnessed and publically critiqued the ways in which largely white suffrage organizations did not advocate for women’s voting rights as a whole. Harper spoke at a women’s rights convention in 1866, calling on the audience to consider the following: "You white women speak here of rights. I speak of wrongs." Harper’s concerns foreshadowed the passage of the 19th Amendment in 1920, which legally expanded voting rights to women even as BIPOC (Black, Indigenous, and People of Color) women continued to be disenfranchised.

Selected publications by Harper can be found in our catalog and are available to check out with your library card.

Carrie S. Burnham (1838-1909)
Arriving at a Philadelphia liquor store to cast her vote on October 10, 1871, Burnham was met with opposition and not allowed to complete her ballot because of her gender identity. That election day included widespread violence aimed towards Black men attempting to vote, following the passage of the 15th Amendment in 1870. One of the victims of racial violence on October 10 was voting rights leader Octavius V. Catto, whose long-overdue memorial, A Quest for Parity, was unveiled near City Hall in 2017 and has since become a gathering place for civic engagement. Burnham would go on to be the first white woman to attend law school at Penn University, no doubt inspired by the campaign she led to amplify the rights of Philadelphians after experiencing first-hand in 1871 an Election day filled with oppressive and even deadly tactics. The questions she asked the Supreme Court of Pennsylvania in 1873 still resonate today: "What then is it to be a citizen of the United States; and what are the privileges and immunities of citizenship?"

Alice Dunbar-Nelson (1875-1935)
Scrapbooks filled with newspaper clippings, writing snippets, black and white images, and other personal papers are some of the primary sources used to tell the story of Dunbar-Neson—a writer, editor, artist, and activist with a deep commitment to social change. In 1915, Dunbar-Nelson made her way through Pennsylvania, New Jersey, and Delaware as a field organizer. During her tour, Dunbar-Nelson made public speeches multiple times per day that drew multi-racial audiences in the thousands. Dunbar-Nelson’s extensive writings and activism, as well as her personal experiences as a survivor of intimate partner violence and as a queer Black woman, are the topics of the Rosenbach’s new digital exhibit, "I Am an American!": The Authorship and Activism of Alice Dunbar-Nelson.

Selected publications by Dunbar-Nelson can be found in our catalog and are available to check out with your library card.

One hundred years after the 19th Amendment granted some women the right to vote while excluding so many others, we ask ourselves: How can our democracy ensure that each and every one of our citizens has an equal voice? In a time when voter disenfranchisement and oppression remains a very real threat, we hope Making Her Mark will inspire conversations and action around the rights of citizenship, activism, and voting. As you immerse yourself in the exhibit, we will ask questions to help frame history and your place in it.

What questions will you ask yourself and those around you? How will you make your voice heard?

The Free Library has also assembled resources to help you make your plan to vote this November. For a complete list of election-related links and information, view our U.S. Elections and Politics Explore Topic. 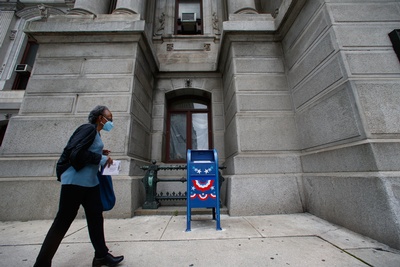 Voting in the Pandemic. Yong Kim/Staff Photographer, The Philadelphia Inquirer 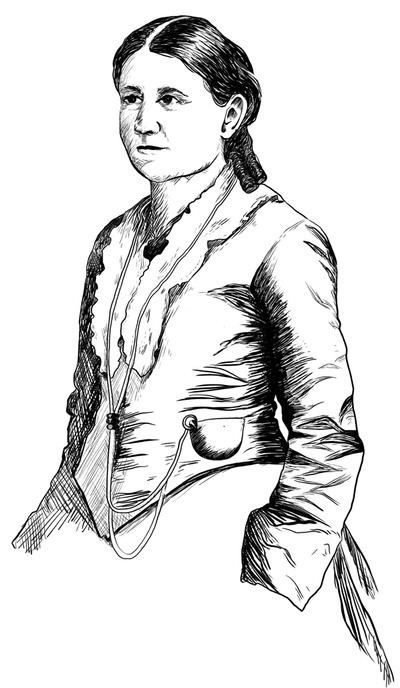 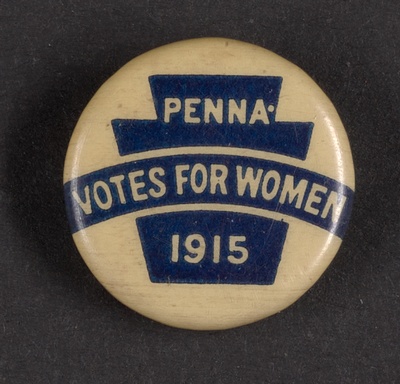