With the Election right around the corner, making sure that our voices are heard is now more important than ever. Knowing your voting rights allows you to spot, report and block voter disenfranchisement efforts that may occur in your communities on Election Day. In this post, we’ve outlined what you need to know about the Voting Rights Act and how to exercise your voting rights in the face of potential voter intimidation and disenfranchisement on Election Day.

Efforts to block civilians from voting have a deep-rooted history in the United States. Discriminatory practices against African-Americans, such as poll taxes and literacy tests, were commonplace up until the enactment of the Voting Rights Act. After numerous demonstrations against harassment and intimidation that African-Americans faced, the issue of voting rights garnered national attention. In 1965, the Voting Rights Act was signed into effect by Lyndon Johnson. The law enforced voting rights guaranteed by the Fourteenth and Fifteenth amendments to the U.S. Constitution. Furthermore, it outlawed discriminatory practices like poll taxes or literacy tests and established federal measures to hold states accountable for any discriminatory practices. This landmark legislation provided vital protections for voters of color and is widely considered one of the most effective pieces of civil rights legislation ever passed by Congress.

In 2013, the Supreme Court struck down Section 5 of the Voting Rights Act by deeming unconstitutional the federal clearance system for states with a history of discriminatory voting laws.   Section 5 was instrumental in improving voting access across the United States. Almost immediately after the decision, states like Texas, Mississippi and Alabama began implementing strict voter ID laws. Currently, a bill named in honor of the late John Lewis, which would help restore key provisions of the Voting Rights Act, is being stalled in Congress. While this bill works to expand voting rights, it’s important to know what rights you currently have as a voter and how to protect your rights locally on Election Day.

How to protect your rights on Election Day

It’s a federal crime to “intimidate, threaten, [or] coerce … any other person for the purpose of interfering with the right of [that] other person to vote or to vote as he may choose.” 1 On election day, it’s important that you know what rights you have as a voter. Become familiar with the following list, provided by the ACLU:

2. Know when your rights are being impeded

You may notice or run into instances of voter disenfranchisement and intimidation, which can look like any of the following:

3. Advocate for your rights

Your voice is important, on Election Day and beyond. We hope this post has provided you with helpful information on how to advocate for your vote. 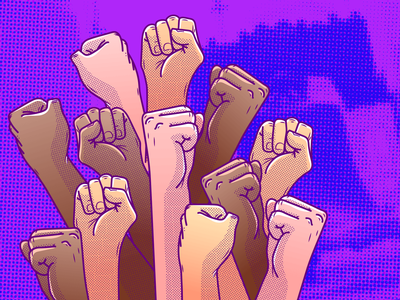 Your voice is important, on Election Day and beyond. Know your rights.
Add a Comment