Two months into the pandemic, everyone is looking at their computer screen and seeing at least 10 or more people on it. Imagine if you had to look at more than 50 or 100 people on the screen...

When the pandemic began earlier this year, my community band Philadelphia Freedom Band, had to close early and our Spring Concert was canceled. I was looking for more playing time on my instrument, the euphonium, and wanted to play with an ensemble. When other ensembles around the world had to shut down too, they turned to filming players on multitracks and I would sometimes watch them online. Eventually, I happened upon Virtual Concert Band (VCB) on YouTube and they stated that they were always looking for new musicians. The founder of VCB, Laura Campbell, puts together a multitrack and videos of more than 100 musicians on screen. Her vision for VCB is to unite musicians from every corner of the globe to create art when the world needs it most. So far, the band has reached out to musicians in 40 different countries throughout the world.

The band welcomes anyone who can play an instrument with at least three years of playing experience. Depending on the level of difficulty of the music, other requirements may be needed when a piece of music is harder. For example, the Christmas music she has selected, "Polar Express Suite", is a level 4 out of 6. Level 4 band music means a high school advanced ensemble which musicians that have at least four or five years of experience playing an instrument. The music is more technical and key changes happen quite often. Laura often posts the level of music and as musicians, we could decide if we wanted to be part of that particular project. I joined the band starting on its second project.

When I filmed my first video for the band, I was nervous and did numerous takes. Before joining the band, I had only recorded myself once and thought it would be something I would not be doing in the future. Since the first video for the band, I have started becoming more comfortable and confident filming myself. I also started to record other music and posting it on my own social media during the pandemic. Hearing myself in playback was weird and does not sound complete, but under Laura’s sound and video editing skills, the final video always sounds amazing.

Laura created a Facebook group where musicians from around the world can share their thoughts or help other musicians when recording their parts. Laura usually asks on Facebook what music we would like to play and a lot of the musicians have their own opinions. As the ensemble is getting more musicians featured in each video, she has started doing small ensembles as per the request from the group. 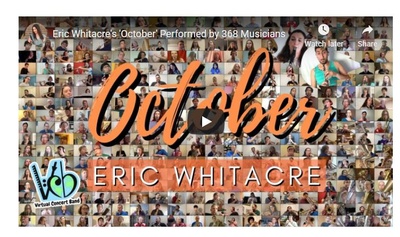 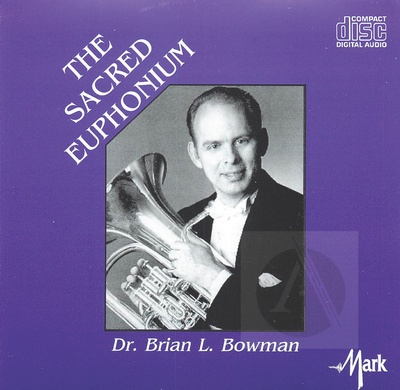 The Euphonium is an instrument that resembles a tuba but is smaller in comparison. 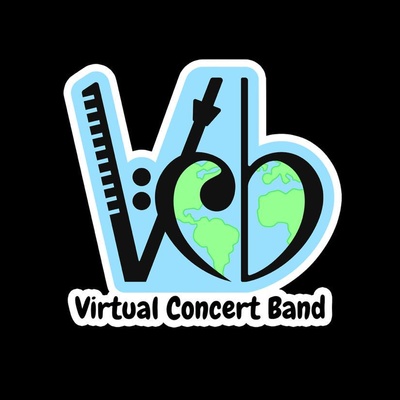