Each holiday season, the Free Library of Philadelphia Foundation creates a festive commemorative bookplate that members of the community can gift in honor or in memory of those they care most about.

Bookplates bear a theme that relates to the book’s owner. It could be a family crest, coat-of-arms, badge, motto, or piece of original artwork. Bookplates usually include an inscription such as "from the books of...", "from the library of...", or the Latin phrase "ex libris" followed by the book owner’s name. As Barbara Orbach Natanson states in a blog post on the Library of Congress website, bookplates reveal a lot about the book owner and can be its own work of art.

This year’s Commemorative Bookplate features a lithograph titled (The) Cradle of Liberty, depicting Philadelphia’s Independence Hall. This print is one of numerous historical images of Philadelphia in the Free Library’s Print and Picture Collection, home to a diverse assortment of fine art prints, photographs, drawings, and artists’ books.

(The) Cradle of Liberty was created by Black painter, printmaker, and art educator Claude Clark (1915-2001), whose work mainly focused on the diaspora of African American culture. Clarke graduated from Roxborough High School and studied at the Pennsylvania Museum and School of Industrial Art (now University of the Arts) and the Barnes Foundation. From 1939-1942, Clarke worked at Philadelphia’s Fine Print Workshop, which was a division of the Federal Art Project of the Works Progress Administration. While there, he worked alongside artists Dox Thrash and Raymond Steth. From 1942 until his death, Clarke continued his career painting, exhibiting, and working as an educator.

Don’t miss this opportunity to give a special gift this year—dedicate a bookplate to a loved one today! 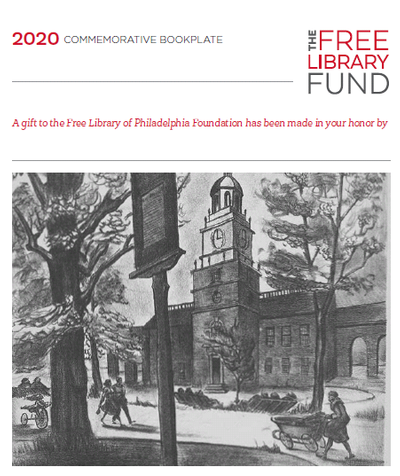 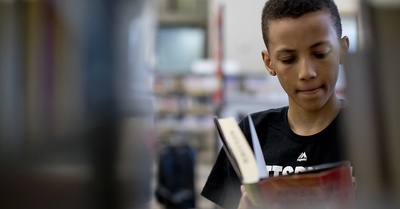 Bookplates make for a meaningful gift and support the Free Library at the same time!
1 Comment | Add a Comment
Thanks
Vladislav Polunin - Philadelphia