The Free Library of Philadelphia is excited to announce that Mr. Kelly Richards, Director of the Muskegon Area District Library in Michigan and President of the Michigan Library Association, has been named as its new President and Director!

"The search process for a new President and Director for the Free Library was expansive, inclusive, and thorough, and Kelly Richards became a clear choice to lead the institution, even among hundreds of well-qualified candidates. He brings a wealth of vision and experience and an exemplary background in library leadership to the role," said Folasade A. Olanipekun-Lewis, Co-Chair of the Search Committee and Chair of the Board of Trustees.

Kelly brings with him nearly three decades of library experience. He began his career in library services in the Las Vegas Clark County Library District, and also worked in the Genesee District Library in Flint, Michigan, before taking on the role of Director in Muskegon. In addition to his role as Director, Kelly serves as the Chairperson for Lakeshore Ethnic Diversity Alliance, an organization that trains government agencies and businesses in Diversity, Equity, and Inclusion / Belonging.

Kelly earned an Associate of Arts and a Bachelor of Science in Criminal Justice at Ferris State University. He served as a police officer in Flint, Michigan and an airport police officer at Bishop Airport, before returning to school to earn his Masters in Library and Information Science at the University of Pittsburgh.

"I am honored by the opportunity to work with the passionate and dedicated Free Library team. Being part of such an integral institution is an awesome responsibility, and I will take on this leadership role with the help of our staff as we work to uphold the values and mission of the Free Library of Philadelphia," Kelly said.

The committee worked with executive search firm Isaacson, Miller to include further insight from Library staff and stakeholders through nine listening sessions. More than 50 individuals participated to offer insight about what they would like to see in the Free Library’s next Director. Isaacson, Miller conducted the search, checked references, and narrowed down the list of candidates to present to the Search Committee. From there, the Search Committee selected final candidates for consideration by the Free Library of Philadelphia Board of Trustees, who made a conditional offer based on a unanimous vote taken at a special meeting October 1, 2021.

"Kelly Richards was chosen with input from stakeholders and community members across the city, and we thank everyone who shared their thoughts, concerns, and priorities as we established a picture of what we were looking for in a new President and Director. Thanks to all of you, we were able to find someone who brings a passion for the intricacies of library leadership and for bringing people together," Heim said.

"We admire the passion that brought Kelly Richards to library service, and to become an advocate for both the libraries and the diverse communities he has served. That passion will be key to the future of the Free Library," said D. Jeffry Benoliel, Chair of the Free Library of Philadelphia Foundation Board of Directors.

Kelly will start as the President and Director of the Free Library on January 14. 2022. He has three adult children; his oldest daughter is an ophthalmologist, his son works in retail, and his youngest daughter is an Early Education teacher. He enjoys fishing, collecting comic books and cookbooks, and hiking. 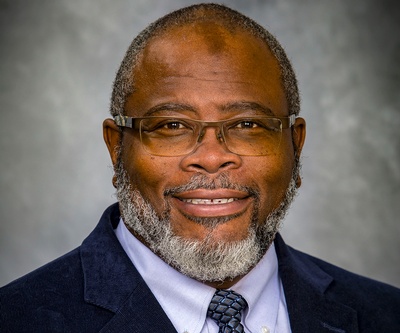