I love watching the Oscars. I enjoy the pre-show glitz of the red carpet and listening to the opening monologue of the host - not to mention the excitement of who will win!

This year there are 10 films nominated for Best Picture. Unfortunately I didn’t get to see them all, but I decided to see what I could dig up in our catalog associated with these films.

All links below will take you to items in our catalog which you can borrow or place a hold. You are allowed to borrow 5 DVD/Videocassettes at a time (for more information view Borrowing Limits & Loan Periods).

The Blind Side - Gil Netter, Andrew A. Kosove, and Broderick Johnson
This film is based off the 2007 book The Blind Side: Evolution of a Game by Michael Lewis.

An Education - Finola Dwyer and Amanda Posey
This film is based on the autobiography, An Education (a memoir) by Lynn Barber. The screenplay was written by novelist Nick Hornby. Mr. Hornby has had several of his books turned into films, such as Fever Pitch, High Fidelity, About a Boy and the films rights to his 2005 novel A Long Way Down were recently purchased.

The Hurt Locker - Kathryn Bigelow, Mark Boal, Nicolas Chartier, and Greg Shapiro
This film was written by journalist Mark Boal, who also wrote the Playboy article which the 2008 film In the Valley of Elah was based.

Inglourious Basterds - Lawrence Bender
This film was written and directed by Quentin Tarantnio who previously won an Oscar the Best Screenplay for Pulp Fiction.

Precious - Lee Daniels, Sarah Siegel-Magness, and Gary Magness
Percious was based on the novel Push by Sapphire. Sapphire will be at the Free Library Festival April 18th!

A Serious Man - Joel Coen and Ethan Coen
This film was written, produced and directed by the Coen Brothers, who have been nominated for 10 Oscars. You can find some of their films in our catalog, such as: A Serious Man, Barton Fink, Fargo, and No Country for Old Men.

Up - Jonas Rivera
This film was produced by Pixar Animation Studios, which has earned 22 Oscars for various films. You can find some of their films in our catalog such as: WALL-E, Ratatouille, The Incredibles, Finding Nemo and Monsters, Inc.

Up in the Air - Daniel Dubiecki, Ivan Reitman, and Jason Reitman
The film was adapted from the novel Up in the Air by Walter Kirn.

So who do you think will win the Oscar for Best Picture this year? 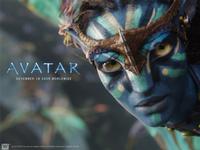 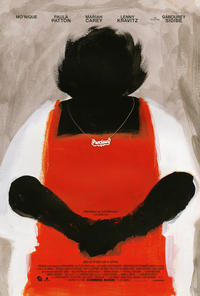 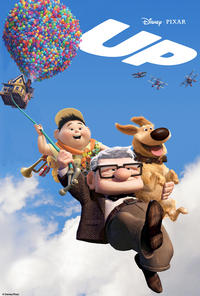 Up © Disney/Pixar
11 Comments | Add a Comment
And the Best Picture went to The Hurt Locker!
Camille T. - Free Library
I guess I am one of the few people who did NOT see Avatar. Hopefully, I'll catch it on DVD. Meanwhile, my wife wants to see Alice In Wonderland this weekend!
Ed - Ohio
@Ed I would recommend watching Avatar in 3D it really is an amazing experience. I hear Alice In Wonderland is out in 3D too.
Camille T. - Free Library
I must say that in my opinion Up was the best movie made with computer animation in quitte a few years. Even beter than Avatar
Tim -
great info thanks
alexk - ny
I honestly couldn't believe that The Hurt Locker won best picture over Avatar. Yes, The Hurt Locker was a gritty and intense movie and it deserved the praise. But Avatar was just so visually stunning and such a great story. I put it right up there with Forrest Gump! Oh, I saw some really cool movie themed chess sets here. Hopefully they are still in stock for anyone interested.
Jon - Washington
I actually really liked The Hurt Locker... I haven't seen ALL the other ones, so I can't give too strong of an opinion... but I thought it was a good film, made me think a lot.
Jeremy - Salt Lake
I don't know about Avatar, great effects, abut the story is very naive, and redundant. This kind story has been told many times. James Cameron didn't really create anything new here. He just spent more money than anybody else on hardware/software...
janet - wang
So I guess Cameron can now say "Titanic was not the last great movie I made." The cynics seem moved by this outstanding movie and James seems to have delivered on most of the promise and hype on Avatar. Clearly, Avatar is one of the best movies ever made and I can't wait for part two! :)
Asgard - Romania
hey I like this post. I found it from doing a google search. Ive been looking for this sort of thing for a while. This info will come in handy to me. I will check back soon to search the rest of your blog. thanks from : and
Andi - batam
There have been some great movies come out so far this year. My daughter loved Shrek 3D, and my favorite was Avatar. Dan with
Dan - http://www.waterdamageout.com