Closer - This film is based on the play by the same name, which won the 1998 Laurence Olivier Award for Best New Play. It chronicles the beginnings and endings of the relationships of two cosmopolitan couples. Closer is a dialogue-heavy film, full of rather intense and often cringeworthy exchanges, but it's also refreshingly blunt. (Rated R) trailer

Croupier - This was the breakout film for British actor Clive Owen. It follows the main character Jack as he deals with being a struggling writer and eventually finds his muse by being a croupier. The movie is well written and shows a different side of London. (Rated R) trailer

Love Actually - This is a feel-good movie full of charm and romance that has something for everyone. It focuses on the relationships of various characters during the Christmas holiday and how their lives intersect. (Rated R) trailer

About A Boy - We follow the unusual friendship of Marcus (a teenager) and Will (an unemployed bachelor) and how they end up changing each other's lives. About a Boy is a very cute film based on Nick Hornby's novel. (Rated PG-13) trailer

Children of Men - In a world where women stop having babies, Clive Owen must save the human race! This is an interesting dystopia film which tactles the question: what happens if we stop reproducing? The film contains some well-directed action scenes, and it is loosely based on the novel by P. D. James. (Rated R) trailer

Dirty Pretty Things - Now, this is a side of London we rarely see on film. The film focuses on illegal immigrants and what they have to deal with while trying to make new lives in England. Dirty Pretty Things is a rather good film which was nominated for an Academy Award for original screenplay. (Rated R) trailer

Scoop - This is a quirky and fun murder mystery directed by Woody Allen and starring Scarlett Johansson and Hugh Jackson that showcases the upper crust of British society. (Rated PG-13) trailer 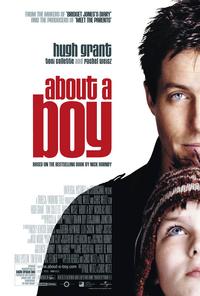 About A Boy movie poster 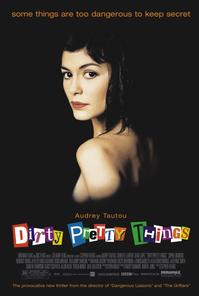 Dirty Pretty Things movie poster
5 Comments | Add a Comment
How about "Career Girls" or "Happy-Go-Lucky"? Also well written and show you London in a more realistic, everyday way.
Lindsay - Philadelphia
@Lindsay Thanks for the recommendations. Happy-Go-Lucky looks pretty good and the library has it!
Camille T. - Free Library
This is the breakout film for the actor Clive Owen. It follows the main character Jack as he deals with being a struggling writer and eventually finds his muse by being a croupier and this movie is well written and shows a different side of London.
life insurance provider - texas
Very interesting shouts here. Layer Cake is certainly one of my favourite British films and obviously Lock Stock is very popular. I remember watching the first part of Croupier, but never got chance to watching it through. Have been a fan of Clive Owen after watching him in Sin City and so I think I'll buy this movie now, with thanks to your recommendation. Thanks and all the best. Ryan:
Ryan - Cheshire, England
good
anne - China