“The historian’s task is not to disrupt for the sake of it, but it is to tell what is almost always an uncomfortable story and explain why the discomfort is part of the truth we need to live well and live properly,” said the late Tony Judt. “A well-organized society is one in which we know the truth about ourselves collectively, not one in which we tell pleasant lies about ourselves.”

Known for his incisive and controversial essays on a host of topics including U.S. foreign policy, the state of Israel, and the future of Europe--as well as his critically acclaimed book Postwar: A History of Europe Since 1945--historian Tony Judt passed away on Friday, August 6. He was diagnosed in 2008 with amyotrophic lateral sclerosis, more commonly known as A.L.S. or Lou Gehrig’s Disease. Until recently, Judt continued to lecture at New York University, where he was the Erich Maria Remarque Professor of European Studies, and contribute essays to publications like The New York Review of Books and the Guardian. In March of this year, he published Ill Fares the Land, a short book examining the loss of faith in social democracy and the power of the state to do good works, as happened in Europe following World War II.

Judt visited the Free Library in November 2006 in conjunction with the publication of Postwar, which The New York Review of Books described as “a book that has the pace of a thriller and the scope of an encyclopedia.” You can listen to Judt’s podcast here. 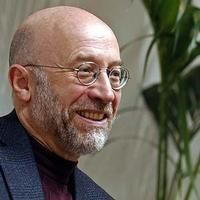