Join us this fall for coffee and conversation! In partnership with Drexel University, the Free Library of Philadelphia is excited to announce the new season of Two Way Think, a free discussion program with some of the best and most creative minds in the city. Drexel provides the brain power, and we provide the locale as well as the drinks and snacks.

Back in April, our first session of the series was a great success. Richard Rosen, Dean of the College of Arts and Sciences, Associate Professor of History, and also the Vice Chair of the Philadelphia Athletics Historical Society spoke to an avid audience on the topic, Connie Mack and 125 Years of Baseball in Philadelphia. A highlight of the evening was the revelation that one of the audience members was the grandson of Connie Mack himself!

For this fall, we have a terrific and varied lineup of guest speakers, really showcasing the talent and the diverse interests of the Drexel faculty. All Two Way Think programs are free and held on Thursday evenings. They begin at 7:00 p.m. in the Skyline Room on the 4th floor of the Parkway Central Library, 1901 Vine Street.

Paula Marantz Cohen, Distinguished Professor of English at Drexel University, co-editor of jml: Journal of Modern Literature, and host of The Drexel InterView is a literary scholar and the author of several books, including Jane Austen in Boca, Jane Austen in Scarsdale, and Much Ado About Jessie Kaplan. She will discuss her new literary thriller, What Alice Knew: A Most Curious Tale of Henry James and Jack the Ripper.

Mariana Chilton will discuss her highly-publicized national photo exhibit called “Witness to Hunger,” in which economically disadvantaged mothers were given cameras to document their lives and those of their children. She is an Assistant Professor in the Department of Health and Management in the Drexel School of Public Health, the Principal Investigator of Philadelphia GROW Project, and the Director of Witnesses to Hunger.

Kenneth Lacovara, Ph.D. – Giants at the End of the World

Ken Lacovara, Associate Professor, Department of Biology, will discuss his five expeditions to the remote badlands of southern Patagonia, where he and his team of Drexel students excavated 16 tons of dinosaur bones representing the most complete, super-massive dinosaur ever discovered. The skeleton belongs to a new genus and species of dinosaur and provides an unprecedented opportunity to study the anatomy, biomechanics, and evolution of an enigmatic group of giants. 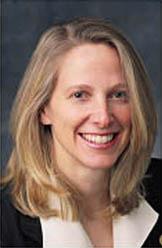 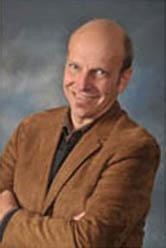 Kenneth Lacovara
2 Comments | Add a Comment
This is definitely Super information gaining writing and thanks to google search engine get me on here. I loved reading your article and put into the bookmarks. The views you used to place up was clearly understandable. My hubby also appreciated after reading this post. I'll go through for more earlier.
jimmy - Jakarta
Where else may anyone get that kind of info in such a perfect method of writing? Nice post. http://www.expertmagentodevelopers.com
Aaron Wallace - NYC