I was born and raised in Philadelphia, and in my very biased way; I believe it’s the best city in the world. So whenever I watch a film and notice parts of Philadelphia I get excited. It always feels good to see my hometown on the big screen, so I decided to highlight a couple popular films based on or filmed in the City of Brotherly Love.

Click on the film title to request material from the library.
Click on the trailer link to watch the film's trailer or a scene from the film.

Rocky (Rated PG - trailer) – When you think of the Rocky film series, you have to think of Philadelphia. The film is about a local boxer who gets a chance to fight a heavyweight champion. I’m sure most people can remember Rocky (Sylvester Stallone) running up the Philadelphia Museum of Art steps, which many people call the “Rocky Steps.” You might be interested in watching the five sequels, Rocky II, Rocky III, Rocky IV, Rocky V and Rocky Balboa or the Rocky Anthology (movies 1 - 5).

Philadelphia (Rated PG-13 - trailer) – Tom Hanks and Denzel Washington star in this groundbreaking film about an AIDS discrimination case. It is said to be the first mainstream Hollywood film to discuss HIV/AIDS, homosexuality, and homophobia. The film earned two Academy Awards: Tom Hanks for Best Actor and Bruce Springsteen for Best Music, Song ("Streets of Philadelphia").

The Sixth Sense (Rated PG-13 - trailer) – This psychological thriller tells the tale of a troubled child being helped by a psychologist. Director M. Night Shyamalan is known to write screenplays and film in and around the Philadelphia area. He also directed Unbreakable, Signs, The Village, Lady in the Water, and The Happening, which were filmed in the Philadelphia area.

The Philadelphia Story (Rated PG - trailer) – This movie is a fun romantic comedy starring the iconic Cary Grant, Katharine Hepburn and James Stewart that takes place in the Main Line suburbs of Philadelphia. For film trivia buffs, the movie was filmed in MGM studios, not actually in the city of Philadelphia!

Trading Places (Rated R - trailer) – A classic comedy in which a rich guy becomes homeless and a homeless man becomes rich. Throw in Eddie Murphy and Dan Aykroyd and you have comedy gold. The film has some great scenes of the city around the Christmas holidays and one memorable scene of Dan Aykroyd dressed as a dirty Santa Clause on a SEPTA bus.

Baby Mama (Rated PG-13 - trailer) – Philadelphia is the background to this comedy which stars Tina Fey and Amy Poleher. Tina Fey is a businesswoman looking for a surrogate mother, and Amy Poleher is a “South Philly working girl” who signs up for the job--but not all goes according to plan. You will see a couple shots of LOVE Park and Rittenhouse Square in this film.

Witness (Rated R - trailer) – A young Amish boy witnesses a murder in Philadelphia, and our hero Harrison Ford comes in to protect the boy and his mother while they await trail. Philadelphia’s 30th Street train station is featured prominently in the beginning of the film.

Mannequin (Rated PG-13 - trailer) – The John Wanamaker’s building (now Macy’s) is the back drop to this 1987 fantasy film about a mannequin which comes to life, starring Andrew McCarthy and Kim Cattrall.

Twelve Monkeys (Rated R - trailer) – Twelve Monkeys is a science fiction story in which a man from the future must go back in time to stop a deadly virus, starring Bruce Willis and Brad Pitt. You should be able to spot many Philadelphia landmarks in the film; the asylum scenes were all shot at Eastern State Penitentiary.

Law Abiding Citizen (Rated R - trailer) – Starring Jamie Foxx and Gerard Butler, this thriller is about a man seeking justice against the criminal justice system when his family’s killers go free. Filmed in Philadelphia, you will see great views inside and outside of City Hall.

It's Always Sunny in Philadelphia (season 1 & 2) – I had to add this terribly funny TV show, even though this list is for films. This show about four narcissistic friends who run an Irish bar in Philadelphia--but each week find ways to make bad decisions--is funny and often-times cringeworthy. The show is filmed on location, so every week you are sure to catch a view of Philadelphia (season 3, season 4 and season 5).

So what are your favorite films filmed in Philadelphia? 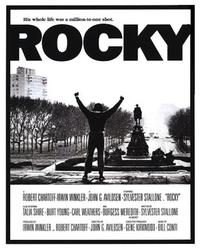 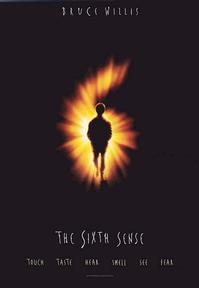 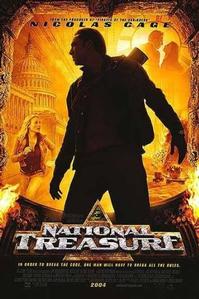 National Treasure movie poster
2 Comments | Add a Comment
i like the rocky sequel,, i like to know the whole story about that movie and through that full sequel it will help be to undertand well
us-city - new york, NY
Hi, my name is . That's a very nice idea dude. I never visited Philadelphia but can watch in these films. Thank you.
Kajal Agarwal - India