Here at the Central Children’s Department, we are celebrating the New Year with lots and lots of new graphic novels for kids. New installments of your favorite series, adaptations of other books, and some really interesting graphic mashups await! Come and check some out today.

Hereville: How Mirka Got her Sword by Barry Deutsch,  which follows the adventures of a 11 year old Orthodox Jewish girl who fights (among other things) trolls!

Two new adaptations of beloved books just came out, too:

The Little Prince by Joann Sfar, which brings St. Exupery’s classic story to a younger audience, with bright colors and manga-ish feel without feeling too cartoony.
The Lightning Thief by Rick Riordan has been adapted by Robert Venditti and Attila Futakki into a graphic adventure with realistic art that will help readers experience the magic of Percy Jackson and the Olympians all over again.

A few of our favorite series have new installments we think you’ll like.

Robot City Adventures by Paul Collicut has really cool retro robots with amazing shiny foil covers (and is a must for anybody who likes detective stories and robots)!

Sports Illustrated Kids Graphic Novels has lots of new, short titles. We think the coolest ones from this batch are Paintball Punk and Skateboard Sonar, but come and find your favorite sport, too.

If you’re a Tinker Bell fan, check out Disney Fairies Tinker Bell and the Day of the Dragon, which features five new full-color stories. Young superheros might also want to look up the latest Tiny Titans by Art Baltazar and Franco. It’s called Adventures in Awesomeness, and that about sums it up.

And finally, three amazing new mash-ups caught our eye because they mix up classic characters and stories with whole new genres.

Check out the amazing reinvention of everybody’s favorite kid who won’t grow up in Muppet Peter Pan, starring (of course) Kermit as Peter Pan.

And then two old-fashioned detectives arrive in the twenty-first century, with very contemporary problems: vampires and zombies. Check out Nancy Drew, Vampire Slayer, part one and The Hardy Boys Crawling with Zombies.

These, and lots of other great, new graphic novels for kids are available at Central Children’s Department, and in our Children’s rooms in Branches across the City. 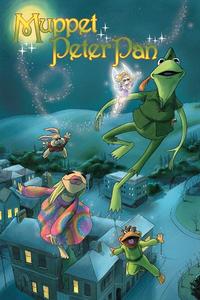 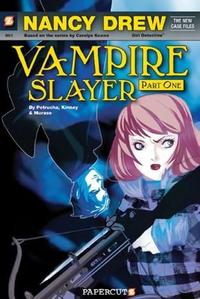 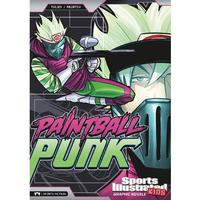