Okay, I’ll admit it - I’m kind of excited about the Royal Wedding of Prince William and Kate Middleton. I mean, who doesn’t like a good wedding and a royal one to boot? The wedding of Prince Charles and Lady Diana in 1981 was watched by a global audience of 750 million people, and I can just imagine what the ratings will be for this 2011 wedding with so many more media venues. With online streaming video and the ceremony being broadcasted on numerous television channels, you might have to go out of your way to avoid watching the wedding!

So if you’re a royal wedding watcher or just curious about Wills and Kate, here are a couple resources for you.

And just for fun, T-mobile created this funny video of the royal wedding with rather convincing impersonators which mimic the viral wedding entrance from this 2009 popular YouTube video.

Prince William and Miss Catherine Middleton appear at a photocall on the day of their engagement at St. James's Palace © The British Monarchy 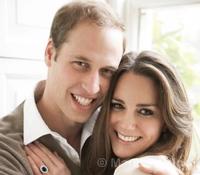