If you read my blog extolling the virtues of Agatha Christie several weeks ago, you won’t be surprised to know that I was really excited when I found out about an upcoming film version of her classic story The Crooked House, which Christie always noted was one of her favorite works.

Breakfast at Tiffany’s (1961): Although the screen version of Truman Capote’s novella falls away from the plot and tone of the original story, Audrey Hepburn’s work as Holly Golightly is breathtaking, so much so that you can forgive the discrepancies between page and film. Though it is said Capote initially had Marilyn Monroe in line for the role, Hepburn makes it her own, and her portrayal of Holly is one of the most memorable in her long career.

To Kill a Mockingbird (1962): Gregory Peck’s embodiment of Atticus Finch earned him an Academy Award in the film version of Harper Lee’s classic tale, which also picked up an Oscar for Best Art Direction and Best Adapted Screenplay.

Pride and Prejudice (1995): Look no further: Colin Firth is the ultimate Darcy. And in this nearly six-hours-long BBC miniseries version of Pride and Prejudice the casting, acting, scenery, and story adaptation are spot on. If you aren’t a Jane Austen fan, you will be after watching this piece! 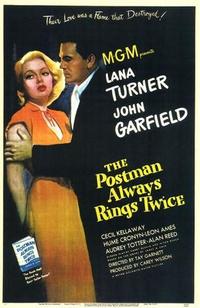 1 Comment | Add a Comment
One my favorite books to film is Notes on a Scandal by Zoe Heller. Dame Judi Dench did a fantastic job bringing lonely school teacher Barbara to life. I recommend the book and movie!
Camille T. - East Oak Lane