Mental Relief from the Heat

It is HOT in Philadelphia today! The stagnant humidity makes walking outside feel like you're slogging through pea soup with a wet blanket hanging over your head. This hazy day has me daydreaming of my favorite "cold" movies. If you need a mental relief from this opressive heat, why not check out the following "icy" flicks?

The Chronicles of Narnia: The Lion, the Witch, and the Wardrobe - This children's classic comes alive in the most recent film adaptation (and James McAvoy as Mr. Tumnus certainly doesn't hurt, either)!

Cool Runnings - I was OBSESSED with this movie as a child, and I still get a lump in my throat when I watch it as an adult. It's the Disney-fied story of the Jamaican bobsled team and their quest to succeed at the 1988 Winter Olympics in Calgary.

Eternal Sunshine of the Spotless Mind - The snowy final scenes at Montauk Beach will forver haunt me... (in a good and  thoughtful way, mind you, not a creepy way)!

March of the Penguins - The charming, heartrending documentary of the yearly life of Antarctica's emperor penguins narrated by Morgan Freeman.

Miracle - Another Disney-fied, inspirational Olympic sports flick (Can you tell I'm a sucker for those?), this one about the "miracle on ice" 1980 U.S. men's hockey team.

On Her Majesty’s Secret Service - While admittedly not my favorite Bond film, the epic chase scenes down the Swiss Alps are not to be missed! 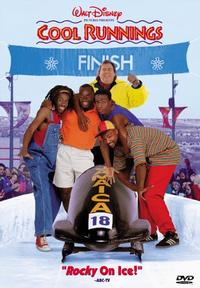 Cool off with the Jamaican bobsled team
3 Comments | Add a Comment
One of my favorites. Hard to find really entertaining clean movies like that anymore.
Jackie - Philly
Dont forget good old Ice Age!
David - philly
And what about Ang Lee's The Ice Storm. It really captures suburban society circa 1972. The final scene with Kevin Kline is superb!
Donald - Philadelphia