The Criterion Collection and Subtitles Aren't that Bad

If you’re a movie lover, then you might be familiar with the video distribution company The Criterion Collection. This company is known for re-releasing classic and foreign films, as well as films made by celebrated directors. Many times you can only find the critically acclaimed and celebrated foreign language films in their collection.

Now, I know many people are hesitant to watch foreign language films because they don’t want to be bothered with the subtitles or they feel that reading will distract them from the action or storytelling of the film. Well, I have an easy answer for this: Borrow the DVD from the library! You can always pause and rewind if you feel you missed something. There are a lot of foriegn language gems out there that you shouldn't miss.

So today I’ll post some of my favorite Criterion Collection films the library has ready to loan (don’t worry, they aren’t all subtitled):

The 400 Blows  – This French New Wave film is considered a classic of French cinema by some. It portrays the story of a troubled boy in Paris. (Rating PG) trailer

Black Orpheus – This 1959 film is set during Carnival in Rio de Janeiro and adapts the Greek myth of Orpheus and Eurydice. It won the Palme d’Or (the highest prize at the Cannes Film Festival) and an Oscar for Best Foreign Language Film. (Rating PG) trailer

Monty Python’s Life of Brian –  This hilarious film was considered controversial at the time of its  release in 1979 due to the religious satire, and it was banned in many movie theatres. The film follows the life of Brian, a man who lived next door to and was born on the same day as Jesus Christ, and who spends much of his life mistaken for the messiah. (Rating R) trailer

My Own Private Idaho - The story of two friends (River Phoenix and Keanu Reeves) who start on a journey of self discovery and learn about the hardships of friendship. (Rating R) trailer

The Life Aquatic with Steve Zissou  – This comedy by Wes Anderson stars Bill Murray (who in my opinion, is reason enough to watch any film), as Steve Zissou,  a oceanographer on a quest to get revenge on a shark that ate his partner (think Moby-Dick). (Rating R) trailer

Battle of Algiers  – This 1966 film depicts the guerrilla warfare that took place during the Algerian War. This film is critically acclaimed and was nominated for two Oscars. (Rating PG) trailer

Do the Right Thing - This 1989 film takes place in one day (the hottest day of the summer) and showcases racial division and bigotry in a Brooklyn neighborhood. Directed by Spike Lee, it was nominated for two Oscars. (Rating R)  trailer

The Blob -  This 1958 horror film stars Steven McQueen as teen on the run from a giant alien blob that terrorizes his town. (Rating G) trailer

The library currently has more than 170 items from the Criterion Collection - browse all. 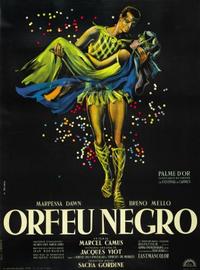 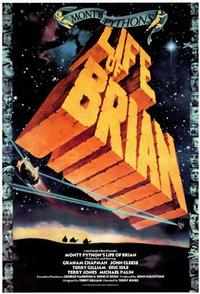 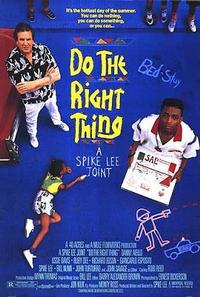