Since I can remember, I’ve always been a little behind the curve on the latest pop culture trends (for example, when I was little, my favorite pop singer was Mike Nesmith of The Monkees. This was the early nineties). But this summer, I’ve made it my goal (with the Library's help) to become a little bit more hip. Or, at least just catch up on things everyone else was already talking about.

For starters, I borrowed each and every season of AMC’s Mad Men. I devoured every episode. I know it’s probably not surprising to the millions of other people who were cool enough to catch seasons of Mad Men during their original run, but I couldn’t stop watching. I’d spend all night playing episode after episode, season after season, wondering what Don Draper could possibly do next (answer: anything he wants). Tantalizing, well-constructed plot lines aside, just the feel of the show drew me in–the clothing, the attitude, the '60s references (See, that early fascination with The Monkees was good for something!). Mad Men, I discovered, certainly is worth the hype. Unfortunately, since I’ve completed this summer goal already, I now join the ranks of fans who eagerly await the fifth season.

Next on my quest, embarrassingly enough, was to catch up on Harry Potter. I know, I know. Internationally acclaimed, award winning, Harry Potter–the book and movie series everyone and their fifth grader has already read and watched. In my defense though, I started reading the novels when they were first published, but trailed off somewhere between waiting for the fifth book and going to college. Feeling like I was a little too far behind on this trend to recuperate completely, I compromised with myself and decided to at least watch the film versions. Alas, if only all goal-accomplishing were this much fun! Now, even though I still have the books to tick off my ‘to read’ list, I can at least comprehend conversations centered on Horcruxes and Death Eaters.

Lastly on my list of contemporary pop-culture education: current music. This was a tough one (again, I blame The Monkees). Since I couldn’t bring myself to buy (or listen to) a whole Ke$ha album, I downloaded some songs through the Library's free music downloading service, Freegal, instead. Let’s just say I made the right decision to download instead of buy…

Anyway, as summer comes to a close, I realize how fleeting my reign atop pop culture really is. The fall will bring new TV shows, more Lady Gaga albums, and fresh New York Times bestsellers. But hey–I can always pride myself on being up-to-date with The Monkees! 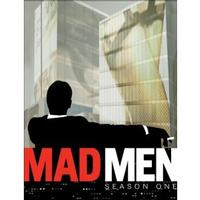 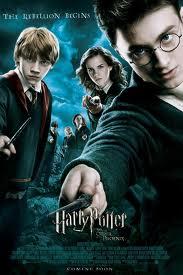