In honor of Charles Dickens’s 200th birthday and to celebrate the Free Library’s large Dickens collection, we are bringing Charles Dickens back to life through the first ever, American Idol-inspired, Dickens Idol Contest! The Contest is an open call audition to find an actor who best portrays Charles Dickens. Actors will be judged by a panel of Dickens experts and local celebrities on their ability to look, act, speak, and perform like Dickens. The winner of Dickens Idol will take on the role of this legendary author, bringing him back to life in a series of Dickens-sponsored events at the Free Library and win $1,500! For the audition, actors will be asked to:

Part 2: Act out a scene as one of Charles Dickens’s well-known literary characters
An avid performer, Dickens undertook a series of dramatic public readings where he assumed the roles of his characters. Each contestant will be asked to perform a brief scene from one of Dickens’s works as he would have. The Free Library will provide a scene if the contestant does not wish to bring his/her own.

Part 3: Q&A from celebrity panel of Judges
Each contestant will go through a fast-paced Q&A session conducted by celebrity judges. Questions will range from general information on Dickens’s life and works, to ways in which he will make literature exciting for new audiences and generations to come. Contestants should come armed with a working knowledge of Dickens facts and information.

The contest will be held on Monday, November 14, at 10:30 a.m. in the Montgomery Auditorium (ground floor) of Parkway Central Library at 1901 Vine Street, Philadelphia, PA 19103.

Those entering the contest must meet or agree to the following rules and regulations. Contestants should:
• Register in advance with name and contact information by November 9 at dickens@freelibrary.org
• Be between the ages of 18-70
• Come prepared to bring Dickens to life through appearance, personality, and mannerisms
• Limit monologue and scene presentation to 2 minutes each
• Have a general knowledge of literature and Dickens’s life and works
• Be comfortable with improvisation and a quick learner
• Be available for blocks of time throughout the coming months (for participation in events)
• Feel comfortable dressing, acting, and speaking like Charles Dickens
• Agree to be photographed/videotaped as part of the audition process
• Arrive for the contest in Montgomery Auditorium half-an-hour early, at 10:00 a.m.

*RULES AND REGULATIONS SUBJECT TO CHANGE 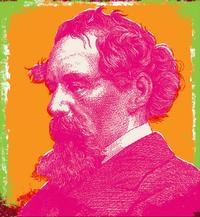 2 Comments | Add a Comment
This is a really intersting article to read. This article is informative and interesting, Thank you. Webmaster of I have nothing to offer but blood, toil, tears and sweat. Winston Churchill
T101 Horizon Treadmill - California
This is really interested idea, I love the Charles Dickens novels so I'm sure this will be a big hit! Regards J May
Jmay - Phily