One Book, One Philadelphia 2012: Edwidge Danticat

One Book, One Philadelphia 2012 is here! And although the season doesn’t get into full swing until January, we’re too excited to keep quiet about this year’s selection, Create Dangerously: The Immigrant Artist at Work, and the 10th anniversary of the One Book, One Philadelphia program. So keep tuned to our blog throughout the season, as we’ll keep you posted on everything One Book and its 10th anniversary!

Our inaugural post celebrates the author of Create Dangerously, Edwidge Danticat. Winner of a MacArthur Genius Grant in 2009, Danticat has penned novels, memoirs, children’s books, and essays, in addition to contributing to numerous anthologies. Her award-winning writing often focuses on her homeland of Haiti, and the diaspora of its people.

Danticat was born in Haiti and lived in Port-au-Prince until the age of 12, when she moved to Brooklyn to live with her parents, who had previously immigrated to New York. Danticat graduated from Barnard College with a degree in French Literature and later went on to receive her MFA from Brown University.

Throughout her life, Danticat has kept close to her Haitian family, visiting often. In Create Dangerously, her pride and strong connection to Haiti shine through her rich, beautiful evocations of her homeland. The book, a collection of essays and memoir, makes an impassioned case for immigrant writers, like Danticat, to bear witness against oppression, sometimes imperiling their own and their readers' lives.

In celebration of Create Dangerously being picked as Philadelphia’s One Book selection, Edwidge will visit the Free Library in March to speak about her book and will also participate in select events within the city.

Be sure to join the Free Library, One Book, One Philadelphia, and Edwidge Danticat and start reading today! Check out a copy of Create Dangerously here. 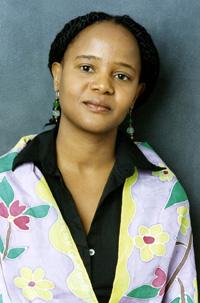 2 Comments | Add a Comment
Danticat is a great choice for your community. Book Dirt Blog: http://bookdirtblog.blogspot.com/
Kelly - Knoxville, TN
After reading your post, I had a idea, I'd like to create a One Book, One Philadelphia program. Maybe it will be a very hard work, but I want to give a try. I'll back to you to ask some questions if I have. And, thanks for sharing the Create Dangerously http://www.domainnamessecret.com/edu-backlinks-powerful-edu-backlinks.html, Happy New Year!
Louis - New York, NY