Rock & Roll Hall of Fame - Music History at the Museum and at Your Local Library!

April 14th is the Rock and Roll Hall of Fame’s 26th induction ceremony, celebrating the achievements of some of the biggest names in rock music as well as recognizing some early influences and contributions of other music industry figures.  This year’s class of inductees include a number of well-known and not-so-well-known acts—if your curiosity is piqued, check out some of their CDs, or take a look at some of the books, sheet music, magazine articles, and other material the Free Library has about these musicians and music industry figures, or about the Hall of Fame Museum!

The Unofficial Encyclopedia of The Rock and Roll Hall of Fame - Talevski, Nick, 1962-

The Rock and Roll Hall of Fame : The First 25 Years : The Definitive Chronicle of Rock & Roll As Told By Its Legends - George-Warren, Holly.

The Hall’s website has information about the induction process, and their YouTube channel is filled with interviews about the museum and concert footage recorded at the annual induction ceremonies from years past.

For the full list of this year's inductee's, check out the Rock 'n' Roll Hall of Fame's inductee page here: http://rockhall.com/inductees

Guns N’ Roses, formed by members hard rock bands LA Guns and Hollywood Rose in 1985, released one of the best selling debut albums of all time—1987’s Appetite for Destruction.  The Free Library has biographies of each of their guitarists from their classic era.

The Free Library also has Scar Tissue, the recently published autobiography of Anthony Keidis, singer of another of this year’s inductees, the funk-rockers Red Hot Chili Peppers.  Also check out Red Hot Chili Peppers : Give It Away : The Stories behind every Song, or a book of sheet music to some of their Greatest Hits.

Another of this year's inductees, the Beastie Boys, began as a hardcore punk act in New York in 1979 before transitioning to hip-hop to became one of its biggest acts, and the first to have an album chart in the Billboard 200--the 9x-platinum album, Licensed to Ill. The Free Library has a book of sheet music (Solid Gold Hits), and also John Rocco’s collection of articles, commentary, and essays entitled, The Beastie Boys Companion.

The Autobiography of Donovan : The Hurdy Gurdy Man - Donovan, 1946-

The Songs of Donovan - Donovan.

The Rock ‘n’ Roll Hall of Fame’s board made an interesting decision this year to begin inducting the sidemen, instrumentalists, and backing groups that supported some of the artists who were initially inducted as individuals, recognizing the ensemble’s unique contribution to the music of their breakout star.  This year’s list of ensembles includes Chester County’s own Comets (with whom Bill Haley recorded “Rock Around the Clock”), Gene Vincent’s Blue Caps, The Miracles (as in “Smokey Robinson and the”), The Midnighters (who backed Hank Ballard on the original version of a song called “The Twist” that South Philadelphian Chubby Checker later made world famous) and James Brown’s Famous Flames, with whom he recorded his breakthrough album Live at the Apollo.  The Free Library has a number of books about these stars and their backing groups, including a book by Famous Flame Don Rhodes, and one by another James Brown sideman who was not a Famous Flame, but led the JBs for a time, Fred Wesley.

Rock Around The Clock : The Record that Started the Rock Revolution! - Dawson, Jim, 1944-

Hit Me, Fred : Recollections of a Sideman - Wesley, Fred.

But there’s much more to music at the Free Library than rock ‘n’ roll!  Here are some more new music books to look for:

Riccardo Muti, an Autobiography : First the Music, Then the Words - Muti, Riccardo.

One Day It'll All Make Sense : A Memoir - Common (Musician)

Lastly, the Free Library has thousands of compact discs in every style and genre available for checkout, and the Parkway Central Music Department has a wide variety of reference material (books, indexes, articles, and other materials that usually have to be used in the library, so that they are always available) for anyone researching famous musicians or subjects in music history!  Stop by the Free Library and take a look! 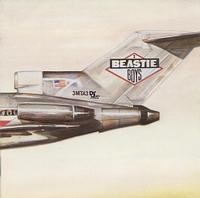 Licensed to Ill
The Famous Flames (with James Brown)
2 Comments | Add a Comment
guns & roses...greatest of all time..
chad - http://www.georgesmusic.com
i would agree...the had the that ever lived.
brad - orlando