Shel Silverstein – his musical side

Shel Silverstein was a very interesting and creative man. He is best known for his popular children’s books, such as The Giving Tree, Where the Sidewalk Ends and A Light in the Attic. His works are often compared to Dr. Seuss and A.A. Milne (creater of Winnie the Pooh). Even though his poems are at times very silly and dare I say crude, but that’s why they were loved by children around the world (his books have been translated more than 30 languages).

But Uncle Shelby (which he often called himself in his children’s books) created some great works for adults, in particular his songwriting. I recently stumbled across the 1972 song Sylvia’s Mother by the band Dr. Hook & The Medicine Show. The song is about a man calling up his ex-girlfriend desperate to speak with her one more time before she moves away, but her mother refuses to put Sylvia on the phone. It’s terribly sad song and I was impressed to find out it was written by Silverstein.

I later found out Silverstein penned many country-western hits:

If you want to explore the musical side of Shel Silverstein you can download his album The Best of Shel Silverstein for FREE from Freegal. All you need is your library card number and pin, but keep in mind, you are limited to 3 (DRM-Free) downloads a week.

Do you have a favorite song by Uncle Shelby? 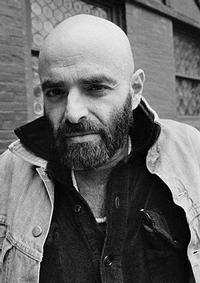 Shel Silverstein (© Wikipedia)
8 Comments | Add a Comment
Thanks for sharing your inner nerd. Who knew Shel Silverstein influenced country music!
Andrea - Philadelphia
Yes, Shel was an amazing talented man. He sure knows how to turn a phrase.
Camille T. - Free Library
Dear staff, I have a library card and I want to know if it is possible to download music from Freegal from Italy because now the Freegal website is also in Italian language but in the Library of Philadelphia's Digital Media page is written that it is possible to download for United States users. Thanks Marco
Marco - Italy
Hi Marco. Freegal is currently only available for downloads within the United States.
Camille T. - Free Library
Thank you for your great post
Albert - Philadelphia
Music fans! A great place to find the alternative music you love and discover some new tunes you'll enjoy is this website.
Musiclv - Bangladesh
Great list! Thanks for listening for us... It is really difficult to track down such a list with a wide pool of music blogs out there. Appreciate your efforts!
Musiclv - 77/2, Shah Ali Bagh, Mirpur Dhaka 1216
Excellent piece of information, I had come to know about your website from my friend krishnan, chennai,i have read atleast 8 posts of yours by now, and let me tell you, your site gives the best and the most interesting information. This is just the kind of information that i had been looking for, i'm already your rss reader now and i would regularly watch out for the new posts, once again hats off to you! Thanx a lot once again, Regards,
kalamsaikrishna - india