Hey, Hey, It's a Wealth of Musical Memoirs (and more!) 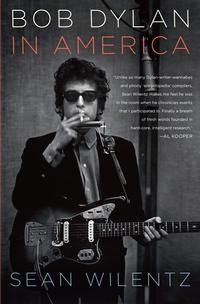 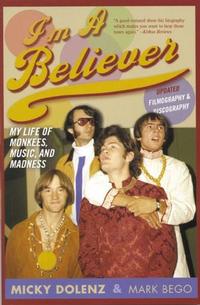 Last week in my “Best of” daze, I stumbled upon this article in the New York Times about the year’s most notable musical memoirs. I don’t particularly have a thing for celebrity tomes, except for when I go to a concert and subsequently find myself unable to resist learning everything I can about a particular musician or band. And not just the legitimate history: I want the dirt. This was clearly my primary motivation this summer when after seeing a Stevie Nicks concert I grabbed one of the books featured in the Times article: Ken Caillat’s Making Rumours: The Inside Story of the Classic Fleetwood Mac Album  (Was there ever a more drama-filled band? )

After recent outings to see Bob Dylan and The Monkees (it seems I have a thing for oldies but goodies) I hit up the Free Library catalogue was rewarded with a gold mine: autobiographies, music histories, CDs, documentaries. Whatever you want, trust me, we’ve got it. Next up on my list is Bob Dylan in America by noted U.S. historian Sean Wilentz and I’m a Believer: My Life of Monkees, Music, and Madness by Monkees singer and drummer Micky Dolenz.

What celebrity or musical memoirs struck the right chord with you this year?