The  American Library Association honors books, videos, and other outstanding materials for children and teens.  According to their  website, "2013 marks the 75th anniversary of the Randolph Caldecott Medal, which honors the illustrator of the year's most distinguished American picture book for children. For generations Caldecott selections have fostered a love for reading among children and guide educators, parents and librarians in selecting the best of the best in children’s picture books.

Presented every year since 1938, the medal is named for Randolph Caldecott, a 19th-century English illustrator known for the action, vitality and humor of his picture books. No other literary prize for children’s picture books has the economic significance as the Caldecott Medal. Receiving a Caldecott Medal practically guarantees that the winning title will remain in print and on library and bookstore shelves for decades to come."

A team of librarians at the Free Library of Philadelphia held Mock Caldecott voting.

And in a convincing win…

Our staff may be proud of Mônica's accomplishment but the book has already won acclaim. (Litte Dog Lost Finds a Home with the Best Books of 2012!)

The 2013 announcements will take place at 8 a.m. PT on Jan. 28, from the Washington State Convention Center in Seattle.

Follow Results in Real-Time
The ALA will offer a free live webcast of the award announcements. Those that are not able to join the webcast can still follow results in real-time by logging on to the ALA Youth Media Awards Facebook page, or via Twitter by following hashtag #ALAyma.

We will update here too! Stay Tuned! 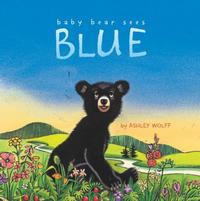