Chatting One Book: The Buddha in the Attic, “Whites”

It’s the third week of “Chatting One Book,” and this week we’re taking a look at the section, “Whites.” It’s a long section that details the women’s experiences encountering and working alongside white Americans in their neighborhoods, schools, workplaces, and more. One of the more poignant things I took from this chapter was the utter despair and depression that many of the women found themselves in. Between the fantasies of their new husbands and new lives not matching up with reality and the suspicion and at times outright cruelty they encountered from their white neighbors and employers, the women faced many uphill battles, many challenges to their individual drive and character. I also found it poignant that despite the hostility and disappointment they faced, the women still desired to work hard, to make good lives for themselves—to achieve that elusive American Dream.

What did you take away from “Whites”? Share your thoughts in the comments! 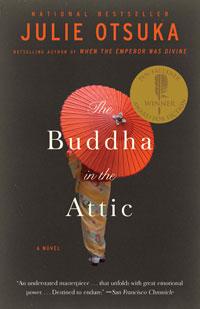