Looking out the window across the city on a rainy and dreary day, my mind always turns to Poe. What better author to shine a creepy candlelight on at this time of year than Edgar Allan Poe? The Master of Macabre, the Grand Guignol of the grotesque and gothic, Poe's perfectly putrid prose and passionate poetry still rouse inquisitive intrigue and eerie entertainment from all who dare to enter his dark world. (WHEW! How's that for alliteration?!)

Poe, poetry, and Philadelphia all came together for a perfect storm of creativity starting in 1837. While only living in Philadelphia for a few years, Poe was incredibly prolific. (this city does seem to inspire, although in the most odd ways. Take filmmaker David Lynch for example.) Poetry published during this time includes "The Haunted Palace" (which was later incorporated into "The Fall of The House of Usher") and "Lenore" (who later shows up again in "The Raven").

"The Raven", probably Poe's most famous poem, began to take shape towards the end of Poe's stay in Philadelphia. After reviewing Charles Dickens's novel Barnaby Rudge: A Tale of the Riots of 'Eighty and the raven that played a cameo in its story named Grip, Poe was inspired to pen his own ode to the fine, feathered friend.

The poem has gone on to take a life of its own and go well beyond the printed page:

No discussion of Poe and Philadelphia would be complete without taking a trip over to the Edgar Allan Poe house near 7th and Spring Garden Sts... except that it's currently closed because of the government shutdown, so you'll have to schedule a visit at another time : (

Luckily the Colonel Richard A. Gimbel collection of Edgar Allan Poe materials residing in the Free Library's Rare Book Department is open, so stop in!
I'd also be remiss if I didn't mention that we have some cool Poe-inspired items available at the Free Library Shop.

Browse our online catalog for more than 900 titles related to Edgar Allan Poe in many formats, from ebooks and audiobooks to film and television adaptations and musical accompaniments. 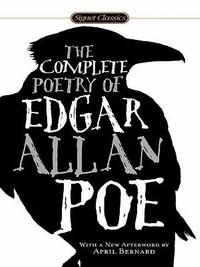 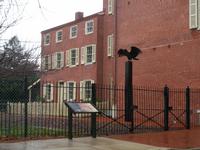 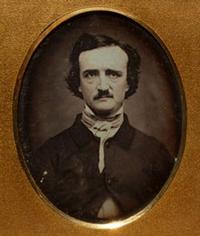