12 Years A Slave and Slave Narratives

Earlier this year I read the autobiography Twelve Years a Slave by Solomon Northup and was blown away. While reading the book I often thought about what I learned about slavery in school and the various films I've seen on the subject. Most notably, the television mini-series Roots, which I believe was probably most people's first visual representation of slave life in America. Roots was stunning to see, but while reading Twelve Years a Slave I realized Roots didn't hit me as much as this book. Perhaps it was simply because reading is most times more intimate than watching a film because you can use your own imagination to interpret the author's words.

Solomon Northup was a free born, African American man living in New York state in the early 1800s. He had a wife and three children, and he was able to provide for his family working various jobs, depending on the season. Solomon was then kidnapped and forced into slavery for 12 years in the Deep South.

What makes this book so compelling is the storytelling. Solomon goes into great detail explaining what it feels like to be a slave: the constant state of fear (scared of waking up late, scared of not working fast enough, scared of being in the wrong place at the wrong time if your master is in an angry mood), the whippings (which happened more often than I originally thought), the brutal labor, the little food (yet being forced to work at 100% at all times with little nourishment), and the depressing feeling of being separated from your family (being sold to another master was the worst nightmare of most slaves, more fearful than the whip). His prose paints a clear picture of what it feels like to be a slave. 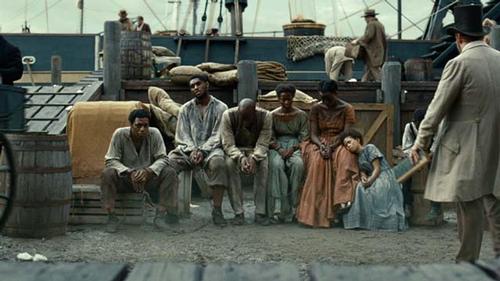 The book was recently turned into a feature film directed by Steve McQueen, starring Chiwetel Ejiofor, Brad Pitt, Benedict Cumberbatch, and Michael Fassbender. I found the film magnificent and stayed pretty true to the original work.

Over the years I've read many books which had excerpts from slave narratives or depictions of slave life in America, but I've never heard an actual ex-slave describe his/her bondage. So a few years ago, I was again, blown away when the Library of Congress produced a podcast series called Voices from the Days of Slavery: Stories, Songs and Memories. Listening to the actual people who lived in slavery speak, describing their life was jarring and made slavery, which at times can seem so distance, very, very real. I found Foutain Hughes' narrative very interesting and noteworthy. Here is a transcript of the last question and answer of his audio: 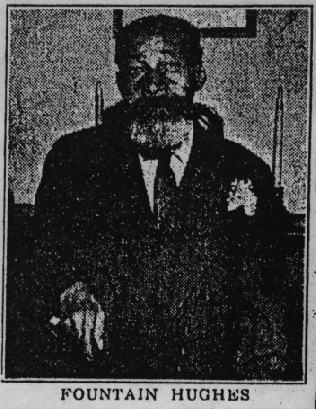 ERMOND NORWOOD: Which had you rather be [a slave or free], Uncle Fountain?

FOUNTAIN HUGHES: Me? Which I’d rather be? You know what I’d rather do? If I thought… had any idea that I’d ever be a slave again, I’d take a gun and just end it all right away! Because you’re nothing but a dog. You’re not a thing but a dog! Night never come without you had nothing to do. Time to cut tobacco…if they want you to cut all night long out in the field you cut. And if they want you to hang all night long, you hang…hang tobacco. It didn’t matter about your tired…being tired. You’re afraid to say you’re tired. They just…well …[voice trails off]

You can listen to his 14 minute interview on the Library of Congress website. Mr. Hughes is a remarkable man, the audio was recorded when he was 101 years old and his grandfather belonged to Thomas Jefferson. The Library of Congress has a wealth of information in their collections, from photos and audio interviews with these former slaves.

If you are interested in slave narratives here are a few recommendations from our catalog:

Up From Slavery (DVD)

A Slave No More: Two men who escaped to freedom : including their own narratives of emancipation by David Blight (ebook)

Incidents in the Life of a Slave Girl: Written by herself by Harriet A. Jacobs (book) 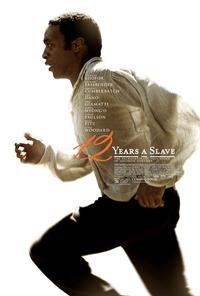 Poster for the film 12 Years a Slave cc Fox Searchlight Pictures
3 Comments | Add a Comment
Camille, this is a beautiful post and I hope a lot of people read it (and the books you recommend), listen to the audios, and see "12 Years a Slave." It's one of the most painful movies I've ever seen...and, at the same time, one of the most uplifting, because it ends as Solomon Northup's own magnificently-written book ends: with his liberation and return home to his family in upstate New York. (No one knows how, where or when he died, but he did achieve a very important goal: he has living descendants today.) Very few changes to the story were made for the film, just what had to be done to keep the story line tight and limit the length of the movie; it's obvious that McQueen, Pitt, Ejiofor and the others involved poured heart and soul into this project, and the result is a film that no one who sees it can forget. If you ask me who my heroes are, Solomon Northup will be at the top of the list.
Barbara P. - Philadelphia
Thanks Barbara, I totally agree with your comment. It's sad that we don't know what became of Mr. Northup but his story still lives on.
Camille T. - Free Library
香川県ルーちゃん餃子のフジフーヅはバイトにパワハラの末指切断の大けがを負わせた犯罪企業
ru-chan