Around the Web: The Hunger Games Edition

Let's go "Around the Web" and check out all the excitement over the next film installment in Suzanne Collins's The Hunger Games trilogy, Catching Fire!

First and foremost, watch the epic and awe-inspiring trailer below (which if you are a fan, you have probably already watched dozens of times since it first went online in July).

Hollywood has thankfully stayed fairly true to the story and the world Collins's constructed, successfully translating and transforming the books to the silver screen, without losing any of the intensity or action of the written word. It also doesn't hurt that the films have a stellar and eclectic cast that really bring the material to life. Another reason to be excited about Catching Fire is the not-so-scientific statement of the second film in any great film trilogy usually being the best installment. The Empire Strikes Back, The Dark Knight, Lord of the Rings: The Two Towers, and The Godfather: Part II being just a few examples. I'd wager that Catching Fire will soon be next in that list. 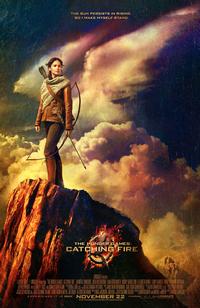 The Hunger Games: Catching Fire
3 Comments | Add a Comment
Thanks for this great compilation! So psyched to see the movie. and, Cookieness Evertreat is toooooo funny!
Jiggles - Philadelphia
Thank for share information. Im really wactch the great movie some day early.
Gray Line Cruise - Vietnam
Wow great writing skill... I really thanks to you for giving great knowledge. you can read . I will Bookmark this website. and recommend for everyone to read
Firoz - Nilphamari