Youth Media Awards have been announced!

This week, one of the most exciting and prestigious events in children’s literature took place right here in Philadelphia. The American Library Association’s Youth Media Awards are a highly anticipated event in which the Caldecott, the Newbery, the Coretta Scott King and the Printz Awards, among others, are announced. And if you think all librarians are shy, quiet people, you would be shocked at the cheering, gasping, laughing and jumping up and down that happens in that packed auditorium. It’s always such a thrill!

Here are just some of the winners. You are more than welcome to check these books out or put them on hold. Then let your librarians know if you, too, think they are the best of the best!

The Randolph Caldecott Medal for the most distinguished American picture book for children:

Flora and the Flamingo written and illustrated by Molly Idle

John Newbery Medal for the most outstanding contribution to children’s literature:

The Year of Billy Miller by Kevin Henkes

One Came Home by Amy Timberlake

P.S. Be Eleven by Rita Williams-Garcia

Knock Knock: My Dad’s Dream for Me, illustrated by Bryan Collier and written by Daniel Beaty

When the Beat Was Born: DJ Kool Herc and the Creation of Hip Hop, illustrated by Theodore Taylor III and written by Laban Carrick Hill

Schneider Family Book Award for books that embody an artistic expression of the disability experience:

A Splash of Red: The Life and Art of Horace Pippin, written by Jen Bryant, illustrated by Melissa Sweet wins the award for children ages 0 to 10.

Handbook for Dragon Slayers, written by Merrie Haskell is the winner of the middle-school (ages 11-13) award.

Rose under Fire, written by Elizabeth Wein is the teen (ages 13-18) award winner.

Pancho Rabbit and the Coyote: A Migrant’s Tale, illustrated and written by Duncan Tonatiuh

Pancho Rabbit and the Coyote: A Migrant’s Tale, illustrated and written by Duncan Tonatiuh

A Splash of Red: The Life and Art of Horace Pippin, written by Jen Bryant, illustrated by Melissa Sweet

Look Up! Bird-Watching in Your Own Backyard, written and illustrated by Annette LeBlanc

Better Nate Than Ever, written by Tim Federle

Branded by the Pink Triangle, written by Ken Setterington

Theodor Seuss Geisel Award for the most distinguished book for beginning readers:

The Watermelon Seed, written and illustrated by Greg Pizzoli

A Big Guy Took My Ball! written and illustrated by Mo Willems

Penny and Her Marble, written and illustrated by Kevin Henkes

YALSA Award for Excellence in Nonfiction for Young Adults:

The Nazi Hunters: How a Team of Spies and Survivors Captured the World’s Most Notorious Nazi, written by Neal Bascomb

For a complete list of the award winners, go here. 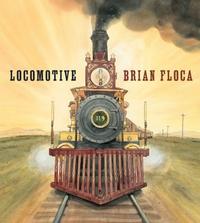 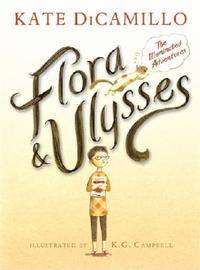 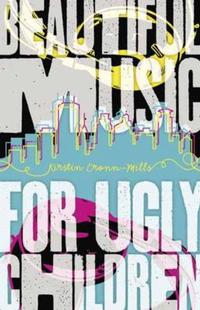 Beautiful Music for Ugly Children is one of the 2014 winners of the Stonewall Book Award.
Add a Comment