At Wadsworth Library, we’re always trying to find a new way to engage our patrons. Sometimes the best programs are passive programs; that means that we plan a bulletin board or display that patrons can read at their leisure and interact with as they choose.  To celebrate Chinese New Year for 2014, we created a display that discussed the 12 zodiac animals.  We don’t have a large Chinese-American population in the area around the library, but we have several Chinese-Americans with businesses along our street.  We hoped that this would help introduce different cultural aspects to the children that frequent our branch.  Here’s the initial board: 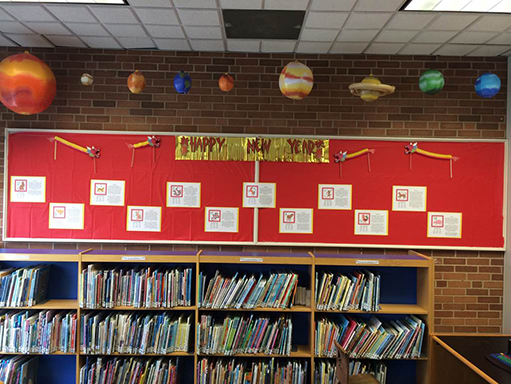 After creating the bulletin board, I had children put their name up on the board with their zodiac animal sign: 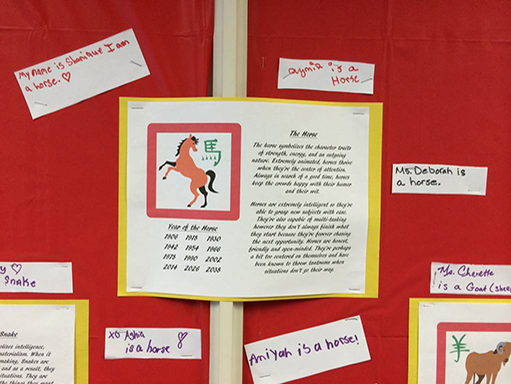 As you can see, not everyone was a happy camper: 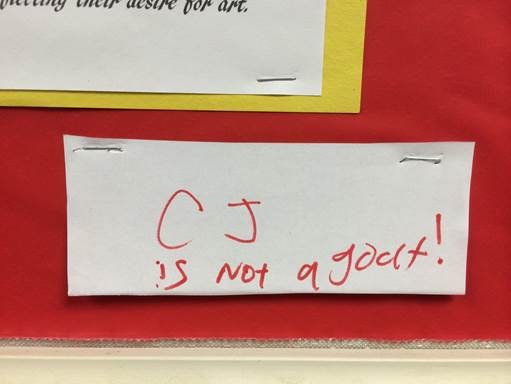 We were surprised at the conversations that happened after everyone’s names starting going up on the board.  A  lot of small group discussions about the assigned characteristics of each zodiac sign started springing up. A lot of our younger patrons began discussing how the Chinese Zodiac compared to the European Zodiac.

After the first round of kids’ names went up, we had some community members add their names as well.  I didn’t plan to do this, but it was wonderful to see people come in and read different names. Our local police officers, child care workers, and general patrons are also now adding their names to the wall.  Each day, a few kids trickle over at a time to see who’s been added.  They usually discuss if the description is accurate: 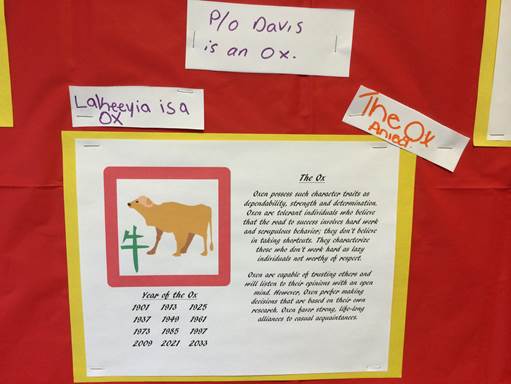 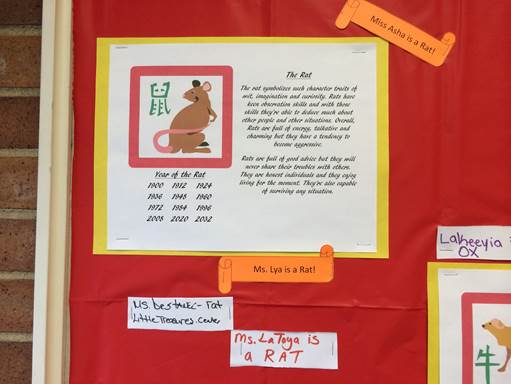 The best part of this programming experiment happened a few days after the board went up.  A teen patron told us about a Chinese restaurant located down the block from our branch. The young patron told the owner of the restaurant what sign he was and asked about the owner’s sign.  He admitted to us that he did it to try to get a free eggroll out of the guy, but he still retained enough information to try the scam.  Boom!  Information retention in action!  We’re claiming it as a victory. 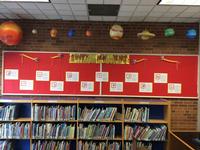