Last weekend was a big one for Science Fiction & Fantasy Literature, as the Nebula Awards were announced in San Jose, CA.

Check out Ancillary Justice, by Ann Leckie, which won best novel, and Sister Mine, by Nalo Hopkinson, winner of the Andre Norton Award for Young Adult SF/F.

Here’s the full list of Nebula nominees and winners.

But the Nebulas are just the first SF Literary award on the horizon. The Locus Award finalists were announced, and for best Science Fiction Novel include Margaret Atwood’s eco-speculation MaddAddam, the wonderful exploration of human cultures in alien universe by Karen Lord called The Best of All Possible Worlds, and veteran writer Kim Stanley Robinson’s paleolithic fantasy Shaman.  And in the Best Fantasy Novel category, father and son Stephen Hill and Joe Hill will battle it out (for Doctor Sleep and NOS4A2) with Neil Gaiman (The Ocean at the End of the Lane) and others.

The full list of Locus Award finalists in all the categories is here.

And finally, finalists for the 2014 John W. Campbell Memorial Award, the best science fiction novel of 2013, were also announced. Nebula Winner Leckie’s Ancillary Justice is listed, and so is Locus Finalist Robinson’s Shaman. Notable among the other 13 finalists is Nicola Griffith’s Hild, an immersive and magical historical novel. The full list is here.

Visit your library soon and ask for these and other great speculative reads! 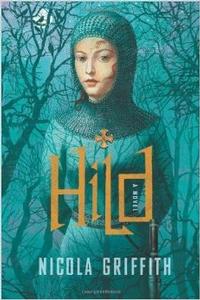 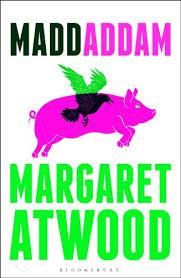