This June marks the 100th anniversary of the publication of James Joyce’s Dubliners, a captivating collection of short stories that paint a picture of Irish middle-class life in the early 20th century. With the Bloomsday Festival in full swing throughout the city, Joyce has been on our minds quite a lot, and we got to wondering what it would be like if Dubliners had been set in our present-day City of Brotherly Love. What stories would Philadelphians have to tell?

Here are just a few of the tongue-in-cheek ideas that came to mind.

“The Real Parking Wars” – It’s a passive aggressive showdown in South Philly as one curmudgeonly resident continues to reserve a parking spot out front of his house with a rusted old lawn chair well into the summer months, dividing the neighborhood in pro- and anti-lawn chair factions. When the lawn chair mysteriously goes missing one morning, tensions boil over into an all-out war, turning family against family, brother against brother for generations to come.

“A Meeting in Mt. Airy” – A community meeting grows contentious when talk turns to which local candidate to endorse in the upcoming primary election. Heated, yet unfailingly polite words are exchanged as neighbors debate the merits of both candidates over homemade hummus and kale chips. Eventually, the neighbors settle on endorsing the very progressive candidate over the slightly-less-progressive candidate.

“On Life” – Old City in August. Throngs of tourists from around the world weave their way in and out of historic buildings, snapping photos of the many character actors dressed in period garb, sweating profusely in the east coast humidity. Locals are few and far between, either having decamped down the shore or into air-conditioned spaces inside. One man observes it all from his food truck as he sells overpriced bottled water and overly greasy food to the masses, pondering the meaning of life amid fanny packs and fake Ben Franklins.

Obviously, there are so many more stories our city and its citizens could tell. Share your Philadelphians story ideas in the comments! 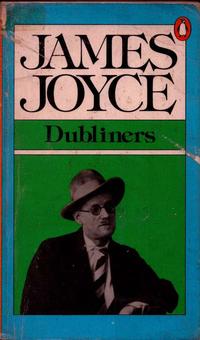