On Monday July 21st, eleven stunning performers treated an audience of nearly 200 jazz fans to a unique glimpse into the artistic process of an emergent community of working female musicians. The Philadelphia Jazz Project, who organized the event, calls this women-led initiative, DivaNation. The shared goal is to create an empowering space for women working in the jazz idiom to collaborate and otherwise to develop the deep well of local talent here in Philadelphia.

The DivaNation Showcase in July at the Free Library would seem to have come just about at the midway point in their process. Prior to the event, nine vocalists had been working in teams with one of the project's two music directors, either Dena Underwood or Kendrah E. Butler. Each singer already had brought a small repertoire of personally resonant songs to the group. Together they workshopped them into a form that highlights each singer's unique style. Monday night's performance was an opportunity to test their arrangements and interpretations in front of an audience.

Julia López of the Philadelphia Jazz Project and the artist collective Las Gallas moderated the event. The Divas presented three sets of songs with questions from Julia and from the audience punctuating each set. A set typically included 3 or 4 songs led by a different soloists singing with accompaniment either by piano or acapella with another singer or two. Percussion, when called for, was amply available in snapping, hand clapping, and stomping from the Divas not on the mics but ringing the performers on stage. Every song was magical whether coming from veteran jazz scenesters or from developing young talents. Part of the magic certainly rests in having the opportunity to hear a public rehearsal, where stopping a song to negotiate some changes in rhythm or phrasing comes across as a kind of gift to a curious audience. The digressions seemed far from the uncomfortable interruptions of  the flow in a higher pressure performance. Audiences don't always get to witness the work that goes into crafting a final performance, and musicians don't always get such a supportive environment of an audience invested in the process.

For a taste of the repertoire DivaNation is working on, Free Library card holders can check out this playlist inspired by the setlist that night. These recordings are from the greater canon of divas (plus Stevie Wonder) upon whose shoulders any contemporary diva must stand. You'll have to come to the next performance on August 18th at 7:00 p.m. to hear how they adapt and reformulate these tunes in today's context:

[If the playlist won't play, you may have to login first to Music Online using your library card and PIN.]

Music fans may find this an inspiring time to read up on some of the politics of women's music in America. Musicians in Philadelphia can be proud of the conservatory-quality music library that the Central Library's music librarians curate for all. Our collection of song books, fake books, single sheets, tune-dex cards, lead sheets, charts, and scores is too vast to enumerate, but there are a few stand out collections of songs focused particularly on Jazz Divas. Those interested in allied attempts of women to carve out liberating creative spaces elsewhere within a larger misogynist culture would find facinating this account of riot girrl and punk rock.

We hope to see you out in force on Monday night, August 18th for the second round of the Divanation Showcase! 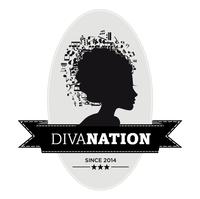 Paper cut style silhouettes cut a striking pose for a logo
1 Comment | Add a Comment
Dear Adam F.: Thank you SO MUCH for being a great host for this event! Also a big THANKS for the presentation above! As one of the members of DivaNation, we had such a wonderful time sharing our interpretation of the classics as well as the originals with such an enthusiastic audience. July 21's event was just great, and we look forward to repeating it again on Monday August 18. We'll be doing different songs at that event, so we hope the audience will be just as enthusiastic and supportive. Thanks for everything! See you on the 18! EG!
Ella Gahnt - Philadelphia