With the Labor Day weekend coming up, you may have plans to get together with friends, take a trip down the shore, get out of the city and go camping, or maybe just relax. But after all of that, then what are you going to do? Here's a suggestion: check out our new digital media service that we announced last month, Hoopla! It's a perfect companion to a long, lazy weekend with tons of great titles and categories to choose from!

Let's start with some television: 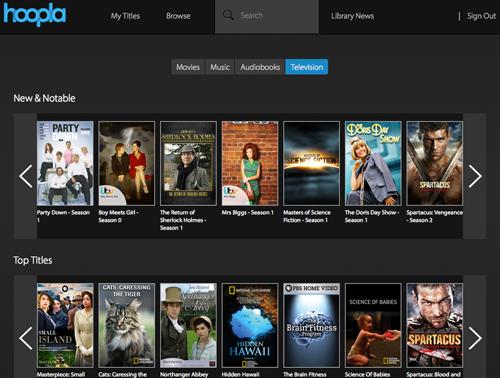 Everyone has been telling me to check out the 2009 comedy series Party Down, and hey, here it is! I never got to see Anthony Bourdain's A Cook's Tour when it originally aired, so going to put that in my favorites for later. My son has really been into science experiments lately, he'll probably really like seeing Bill Nye The Science Guy. And what's this, there was a Bill and Ted's Excellent Adventure cartoon series?! Definitely need to watch that! I still really need to catch up with all of this year's Emmy winners too, so need to carve some viewing time out for that as well.

Next, maybe I'll take in a movie on my iPad: 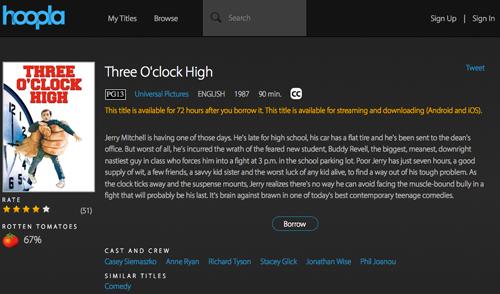 I love documentaries and here is one I have been waiting to see, Vampira and Me, the story of actress Maila Nurmi who would go on to be one of the biggest horror icons ever with her character Vampira. For a good and thought-provoking laugh, there are a number of George Carlin's HBO comedy specials from back in the day. With all the David Lynch fanfare going on in Philly in September, I want to catch up on some of his films that I haven't watched before, think I'll start with Mulholland Drive. Oh, here's another flick I was looking for the other day for a back to school movie list I was researching, but we didn't have a dvd of it in our catalog, Three O'Clock High!

OK, time to give the eyes a rest. Think I will just kick back and listen to some tunes: 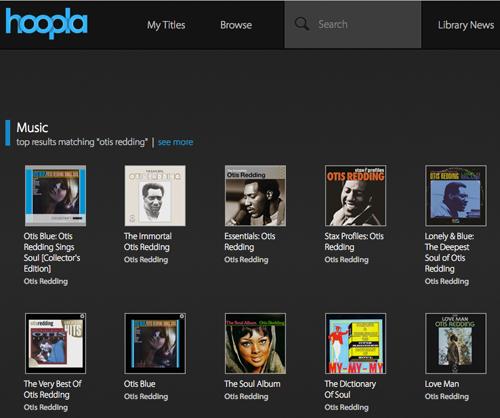 Think I'll cue up some pure pop from Daniel Johnston, some garage rock from Broncho, some rock 'n' roll from Rolling Stones and Ramones, and some Otis Redding for a little bit of soul. Not into any of those selections? Check out some tunes from all this year's MTV VMA winners. There's really almost too much music to choose from and all of it streams with ease and clarity!

Just get your library card, browse through all the thousands of television shows, movies, music, and audiobooks to binge watch or listen to over the long holiday weekend, and close out the (unofficial) end of summer right!

Have a Hoopla-thon this upcoming holiday weekend!
Add a Comment