The Free Library of Philadelphia’s Music Department is a free and open conservatory-quality music library supporting several generations’ worth of local musicians and fans. We can show you where John Coltrane and Nina Simone liked to work, but our unshakable librarian ethics of privacy require us to be thoroughly tightlipped about today’s musicians who are among our patrons. Whether a student of music, a working professional, or a passionate listener, the Music Department and its expert librarians can guide your exploration of our vast collections of LPs, CDs, scores, sheet music, lead sheets, practice methods, journals, and popular books on every conceivable musical topic.

However, the study of music would be incomplete without experiencing the summit of performance where musicians put theory into practice. Artists and listeners need a public realm to speak in sound and be heard in the universal musical tongue. To that end could there be a better venue for such study than the public library? Just as the Free Library supports spoken discourse in the arts and sciences with our award winning Author Events Series, the Music Department aspires to echo that work by collaborating with the Philadelphia Jazz Project and the Producers’ Guild to bring Philadelphians a sonic complement: The Mysterious Travelers Concert Series. In eight monthly concerts between September 2014 and April 2015, audiences will hear from veteran as well as up and coming musicians who are shaping the future language of Philadelphia’s sound.


Our first band leader for our debut concert, Dr. Matthew Clayton, describes our shared goal perfectly in an interview in the Philadelphia Jazz Project’s blog:


"Ultimately I’m trying to make music that moves people, and I use the jazz language as my point of departure. I have heard many times that jazz music is “too cerebral” or hard to understand, maybe even elitist.  In my opinion, to the contrary - jazz at its best is the ultimate “people’s” music. It’s both improvisatory and collaborative; it is an artistic rendering of dialogue, communication and cooperation that’s serious and fun all at the same time." [*]

It’s a common myth in popular music that no good bands are democracies. Surprisingly, I first heard the justification for dictatorship from crossover punk icon Kurt Cobain, but the fallacy is widespread in our culture. At least since the Romantic era, Western art music has canonized the modernist ideal of the individual [usually white, always male] genius plucking inspiration from the formless ether. Jazz unquestionably has its geniuses--its leaders--but when Dr. Clayton speaks of improvisation and collaboration I hear him referencing some of jazz’s essential and most basic playful tensions among audiences, band members, leaders, and soloists. The beauty of how the musicians resolve these tensions both as soloists and accompanists is at the vital core of their art.

In a way, the anarchic democracy of the jazz unit reminds me of everyday life in the library. A learner enters these walls with a question. Let’s call it a melodic fragment of curiosity. The savvy patron takes this melody to the librarian, who hears it and lays out some of the background intellectual structures that seem to resonate. Think of these as the rhythmic and chordal foundations that support the question. These rhythms and chordal structures offer a platform for the question to grow and transform. The books, databases, journals, objects, and websites speak to the question at hand in a fashion not dissimilar to how a melody might harmonize or contrast with its accompaniment. In return, the patron develops the question--the melody of the mind--then poses new questions in light of what came before and what is currently emerging. Before one knows it, one is improvising new ideas, and building something new in our culture. As a librarian, at times I feel like I'm in a duet. At other times, I am a loyal sideman.


Building culture is why great democracies like Philadelphia build and maintain libraries. This library system is a machine for learning that amplifies the creative inspirations of individuals and communities. Philadelphians are lucky to live in city with such a thick layer of civic societies which can further help citizens take advantage of these library resources. Collaborations with Girls Rock Philly, the Producers’ Guild, The Philadelphia Jazz Project, and DivaNation have been especially successful we think.

The Mysterious Travelers Series here at the library embraces every sense of the concept of the journey. Whether a sly reference to the bass grooves of native Philadelphian Alphonso Johnson's contribution to the Weather Report album of the same name or a more metaphorical journey in pitch and time, this series is going to take you on a trip. For artist bios, calendar reminders, and more check out our line up:

None of this would be possible without the Philadelphia Jazz Project (PJP) which works to inspire a network to support, promote, archive, and celebrate the diverse elements within the Philadelphia jazz community, with the larger goal of connecting to the global community. PJP is a sponsored project of the Painted Bride Art Center, with funding provided by the Wyncote Foundation. Nor could we do it without The Producer’s Guild,which has the mission to ensure that the appreciation and enthusiasm for the rich cultural heritage of African American Arts continues to thrive in Philadelphia, especially Black Classical Music, commonly known as JAZZ.


Come join us on this journey at the Free Library of Improvisation! 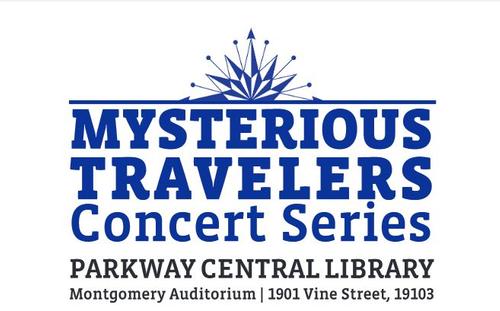 Must all that can be, have a logo? Perhaps.
Add a Comment