Last month's’ inaugural concert of the Mysterious Travelers Series held approximately 200 listeners in rapt attention in the plush and sonorous Montgomery Auditorium of the Free Library of Philadelphia’s Parkway Central Library. Saxophonist Matthew Clayton led a small trio with a big presence across a setlist that included original tunes by Clayton as well as some adventurous interpretations of the standards. After first logging in to our Music Online Database with your library card and PIN you can listen to a setlist of classic recordings of some of the standards the Matthew Clayton Trio interpreted:

Wednesday, October 29, 2014, at 7:00 p.m, we will host saxophonist Mike Cemprola for the second concert in the series. This award-winning saxophonist has been a busy member of the Philadelphia music scene since he arrived in 2002. He has performed/recorded with The Mike Cemprola Quartet, the Vanguard Jazz Orchestra, Norman David and the Eleventet, the Jazz Orchestra of Philadelphia, Dan Monaghan’s Quartet, the co-led quartet Gunshow, and a host of other creative ensembles in the area. He has also performed as a commercial/pop sideman with Aretha Franklin, Johnny Mathis, Wayne Newton, the Four Tops, in addition to dozens of musical theater productions on saxophones, flutes, and clarinets. Mike attended the University of the Arts from 2002-2007, earning a BM and MM in music. He continues his association with UArts now as a faculty member, teaching private lessons, classes, and coaching performing ensembles. He is also member of the faculty at Camden County College, teaching music appreciation classes.  He lives in South Philadelphia with his wife.

For the schedule of concerts after Mike Cemprola’s date this October, please see below:

None of this would be possible without the Philadelphia Jazz Project (PJP) which works to inspire a network to support, promote, archive, and celebrate the diverse elements within the Philadelphia jazz community, with the larger goal of connecting to the global community. PJP is a sponsored project of the Painted Bride Art Center, with funding provided by the Wyncote Foundation. Nor could we do it without The Producer’s Guild,which has the mission to ensure that the appreciation and enthusiasm for the rich cultural heritage of African American Arts continues to thrive in Philadelphia, especially Black Classical Music, commonly known as JAZZ. 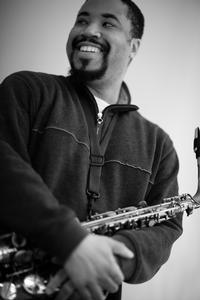