The ebook distributors that the Free Library works with (Overdrive, Freading, EBSCOhost) use Adobe’s Digital Rights Management software to help enforce the rules that publishers require to permit libraries to lend eBooks. The Adobe Digital Editions (ADE) software is used by readers to manage their ebooks on a home PC or Mac. The software also helps readers transfer their ebooks from their computer to an e-reader like a Nook or a Kobo. Currently, potential privacy issues are limited to the ADE software, not the DRM service that our vendors use.

Other reporting states that while the privacy breach affects only readers using the latest version of Adobe Digital Editions (edition 4), it does not impact readers who use apps like Overdrive, Kindle, or BlueFire to read ebooks on their mobile devices. Likewise, Kindle users are not affected*. Readers who use Overdrive's in-browser reader, Overdrive READ, are also not affected. Only readers who have installed and use Adobe Digital Editions 4 on their home PC or Mac to manage their ebooks may be affected.

It is also important to note that this is a privacy breach and not a security breach. Users of Adobe's Digital Editions software may have had information about them improperly collected, but they have not been exposed to a virus or malware threat because of Adobe's actions.

For their part, Adobe has responded by claiming that they track information only from the ebook a reader is current reading and that this information is only used to implement different licensing models used by publishers. A report emerged today that while Adobe may be guilty of bad technical design, it could be premature to accuse the company of spying. However, many of Adobe critics, including the American Library Association, remain unsatisfied.

This situation is still unfolding and many players have yet to make official response. However, it is important to state the Free Library of Philadelphia respects your privacy and we will continue to monitor and update you on this story as it unfolds.

*Regarding Kindle: While this current privacy breach does not impact Amazon or Kindle users, it has already been reported that while public libraries like us do not track your reading habits, Amazon does. So, Kindle users who checkout library ebooks and have them delivered to their Kindles wirelessly by Amazon or read on the Kindle apps for mobile devices, are subject to monitoring in accordance with Amazon's policies. 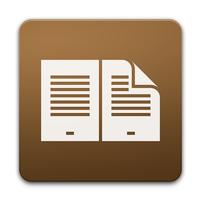