Have you seen the new trailer for Avengers: Age of Ultron? It has all the standard features of a summer blockbuster: slow motion clips, people running and screaming, and lots of explosions. However, if you look a little closer, you’ll notice something new.

New Characters
Fraternal twins Pietro and Wanda Maximoff (Quicksilver and the Scarlet Witch) are making their first big screen appearance in the Marvel movie universe. Since 20th Century Fox owns the movie rights to characters involved in the X-Men universe, Quicksilver and Scarlet Witch cannot be referred to as “mutants” or “children of Magneto”. (This also explains why Quicksilver made an appearance in X-Men: Days of Future Past.) Director Joss Whedon will re-imagine their origin stories.

New Hardware
Finally, we will see the Hulkbuster Armor! Created by Tony Stark (a.k.a. Iron Man), it is designed specifically for hand-to-hand combat with the Incredible Hulk. The armor made its first appearance in Iron Man comics issue #304 (May 1994).

New Villain
The work of a superhero team is never done. Ultron, the new villain, was originally created by Dr. Hank Pym (a.k.a. Ant-Man). For the movie, his backstory will be altered. Most assume that Tony Stark will be a prominent figure in Ultron’s creation story. In the comics, Ultron’s powers included superhuman levels of strength and speed, flight at subsonic speeds and various offensive weapons.

What do you think? Are you looking forward to seeing Avengers: Age of Ultron? 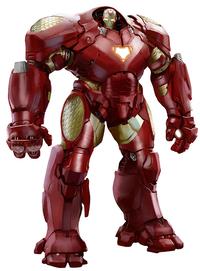 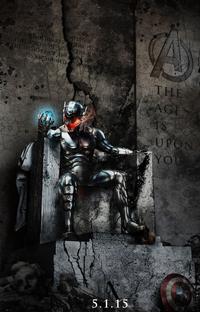