Last weekend in Chicago, a room full of children's and teen librarians erupted in cheers, gasps, and wild applause for the newest batch of books chosen for the Youth Media Awards, administered by the American Library Association's Association for Library Service to Children and Young Adult Library Services Association. This yearly event is often called "The Oscars for Children's Literature." You have most likely heard of the Caldecott and Newbery Awards, but have you heard of the Theodor Seuss Geisel Award? Or the Pura Belpre Award? Or the enormously popular and influential Coretta Scott King Awards? Here are the mose recent winners of these presigious awards. Click on the titles to find a copy at a Free Library of Philadelphia location near you.

A complete listing of award winners, including young adult awards, can be found here.

The Coretta Scott King Book Awards are given annually to outstanding African American authors and illustrators of books for children and young adults that demonstrate an appreciation of African American culture and universal human values.

Kwame Alexander for “The Crossover”

Marilyn Nelson for “How I Discovered Poetry,” illustrated by Hadley Hooper

Kekla Magoon for “How It Went Down”

“Firebird,” illustrated by Christopher Myers, is the King Illustrator Book winner. The book was written by Misty Copeland

Frank Morrison for “Little Melba and Her Big Trombone,” by Katheryn Russell-Brown

“When I Was the Greatest,” written by Jason Reynolds, is the Steptoe winner.

The Newbery Medal is awarded annually to the author of the most distinguished contribution to American literature for children.

“The Crossover,” written by Kwame Alexander, is the 2015 Newbery Medal winner.

The Laura Ingalls Wilder Award honors an author or illustrator whose books, published in the United States, have made, over a period of years, a substantial and lasting contribution to literature for children. The award is administered by the Association for Library Service to Children, a division of the American Library Association,  and presented every two years.

The Margaret A. Edwards Award, established in 1988, honors an author, as well as a specific body of his or her work, for significant and lasting contribution to young adult literature.

The Pura Belpré Award is presented annually to a Latino/Latina writer and illustrator whose work best portrays, affirms, and celebrates the Latino cultural experience in an outstanding work of literature for children and youth.

"I Lived on Butterfly Hill" is the 2015 Pura Belpré (Author) Award winner. The book is written by Marjorie Agosín, illustrated by Lee White.

The Randolph Caldecott Medal is awarded annually , to the artist of the most distinguished American picture book for children.

“The Adventures of Beekle: The Unimaginary Friend,” illustrated and written by Dan Santat, is the 2015 Caldecott Medal winner.

“Nana in the City,” illustrated and written by Lauren Castillo

“The Noisy Paint Box: The  Colors and Sounds of Kandinsky’s Abstract Art,” illustrated by Mary GrandPré, written by Barb Rosenstock

“The Right Word: Roget and His Thesaurus,” illustrated by Melissa Sweet, written by Jen Bryant

“This One Summer,” illustrated by Jillian Tamaki, written by Mariko Tamaki

The Schneider Family Book Awards honor an author or illustrator for a book that embodies an artistic expression of the disability experience for child and adolescent audiences.

“A Boy and a Jaguar” written by Alan Rabinowitz, illustrated by Catia Chien, wins the award for children ages 0 to 10.

The Robert F. Sibert Informational Book Medal is awarded annually to the author(s) and illustrator(s) of the most distinguished informational book published in the United States in English during the preceding year.

“The Right Word: Roget and His Thesaurus,” written by Jen Bryant, is the Sibert Award winner.

"This Day in June,” written by Gayle E. Pitman, Ph.D., illustrated by Kristyna Litten is the 2015 Stonewall Book Award winner.

“I’ll give you the sun,” written by Jandy Nelson

The Geisel Award is given annually to the author(s) and illustrator(s) of the most distinguished American book for beginning readers published in English in the United States during the preceding year.

“You Are (Not) Small,” written by Anna Kang and illustrated by Christopher Weyant, is the Geisel Award winner. 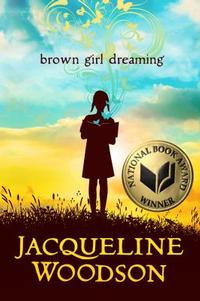 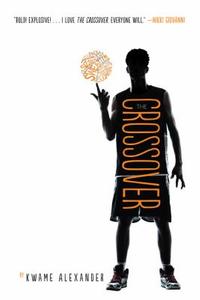 The Crossover by Kwame Alexander 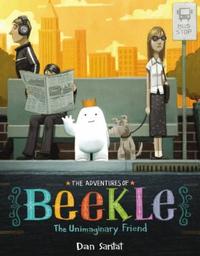 The Adventures of Beekle: The Unimaginary Friend by Dan Santat
Add a Comment