Most of us have read, or at least heard of, Heather Has Two Mommies by Lesléa Newman and Laura Cornell, which was recently reissued this year. In addition to this book, there many others that deal with the concept of same-sex parents (please see below for a short list). In the media most recently we’ve heard a lot about gender identity. Many children and adults identify with a gender opposite of which they were born. Some do not identify with either gender. If you have an inquisitive child who wants to know more, luckily there have been some great books published within the past 15 years on this subject.

Harvey Fierstein’s The Sissy Duckling broaches the subject of what a boy’s role and what a girl’s role is within society. Elmer is called a sissy not only by his peers but also by his father when he refuses to embrace sports or fort building. Instead he enjoys baking and puppetry, and for this he is ridiculed. In the end Elmer accepts himself for what he is and takes back the word sissy as something to be proud to be. In the same vein, 10,000 Dresses by Marcus Ewert has Bailey’s family not accepting her dream of wearing dresses. When she dreams about different kinds of dresses and expresses her desire to wear them, her family does not support this decision. The best lesson, I believe, in this book is that Bailey who was born a boy is identified with female pronouns throughout. It is very important to the transgendered community to be addressed by the gender they identify with and this book brings that to the forefront.  Not all is swell in Bailey’s world even at the end, which is a tough but important lesson for children to learn.

Many of these picture books address the topic of children wearing clothing traditionally meant for the opposite gender, as well as activities that many see separated as “boys” and “girls.” In Morris Micklewhite and the Tangerine Dress by Christine Baldacchino, Morris is ridiculed for wanting to wear a dress. Within the story he is taunted by his school peers, including the boys accusing him of trying to turn them into girls. In the end most everyone learns to accept Morris, dress and all, with the exception of one little girl. Another important lesson to learn, even when you accept yourself for who you are there are some who never will.

Two more books that address the subject of boys wanting to wear “girl” clothing are My Princess Boy by Cheryl Kilodavis and Jacob’s New Dress by Sarah and Ian Hoffman. In both of these stories the child has the support of their parent(s), even if there are some reservations. And don’t forget about Tomie dePaola’s Oliver Button is a Sissy, which addressed gender conformity back in 1979! If you are looking for more stories, for younger and older children, please check out the American Library Association’s Stonewall Awards which can be found here: http://www.ala.org/glbtrt/award/honored

And Tango Makes Three by Justin Richardson and Peter Parnell

In Our Mothers’ House by Patricia Polacco

Mommy, Mama, and Me by Lesléa Newman and Carol Thompson

Daddy, Papa, and Me by Lesléa Newman and Carol Thompson

A Tale of Two Mommies by Vanita Oelschlager and Mike Blanc

A Tale of Two Daddies by Vanita Oelschlager and Kristin Blackwood 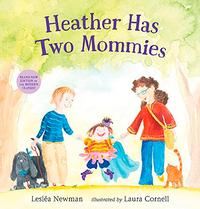 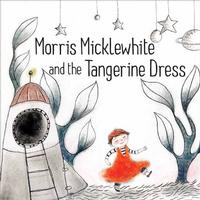