Caitlin Goodman, one of the librarians in our Rare Book Department, writes a column for City Paper in which she gives a book recommendation based on reader submissions of two books they liked with one book they hated. We'll be re-posting the columns here.

The Grumpy Librarian: As Nasty As You Wanna Be

There’s no surprise in a reader having enjoyed both No Country For Old Men and Valley of the Dolls (the Grumpy Librarian thinks they’re both pretty solid, although she prefers the Susann) but the GL is rather curious about the kind of person who believes these two titles to be characteristic of one’s reading interests. Reputation aside, it’s worth noting McCarthy can be a bit Diet Hemingway — terse, claiming an undeserved moral authority. There’s purple prose in them hills, etc. So combining the sort of portentous sparseness that McCarthy trades in with some crazy sex scenes, take a copy of Anais Nin’s Delta of Venus to bed (or to the airport or wherever). Created for a private client who commissioned the dirty stories and requested Nin “leave out the poetry,” the patron got about half of what he paid for — plenty of dirty with a good bit of poetry snuck in alongside. Henry Miller may be funnier, but you probably got enough testosterone in the first 10 pages of McCarthy. 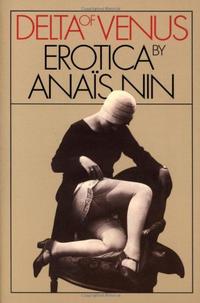