#FLPNoShameNovember: Nothing Better Than A Bad Movie

My name is Peter and I LOVE bad movies.

I say—the worse, the better!

While others may get excited about the Oscar race towards the end of each year, I'm anxiously awaiting the announcement for this year's Razzies so I can add more movies to my neverending to-watch list. Award-winning movies over the years like Titanic, Forrest Gump, or Dances with Wolves are more offensive to me artistically than say Plan 9 From Outer Space, Face/Off, or Xanadu. The aformentioned Academy-endorsed films are mostly boring or even laughable tales told through rose-colored glasses, with inaccurate historical facts, full of sentimental drivel. I find more honest to goodness art and creativity in a genre movie about aliens scheming to resurrect the Earth's dead, the sci-fi silliness of surgically swapping faces and identities, or a roller skating-filled musical fantasy world. I mean, these directors, writers, and actors really tried to be different and innovative with these films. Sure, they failed commercially (and may or may not even make any sense), but they live on in the annals of cinematic history for the shear what the @#$%-ness of their contributions.

But don't take my word for it. Everyone has their say nowadays with sites like Rotten Tomatoes, Metacritic, or good 'ol trusty IMDb, let alone all our thoughts and opinions constantly being broadcast out via social media channels. Everything is awesome or everything sucks. One person's shame is another's praise.

And praising bad movies is also nothing new. Shows like Mystery Science Theater 3000 lampooned interminable cinematic explorations for years with wisecracks shouted back at the screen. Now in the age of podcasts, shows like How Did This Get Made? have elevated the critique of so-bad-they-are-amazing movies to a new cannon of cinematic par non-excellence. There's even full-length documentaries delving into the how's and why's of these movies being created, like Best Worst Movie about the unintelligible horror movie Troll 2.

You can find tons of great, bad, and so-bad-they're-great movies via our Hoopla streaming service or just surf over to our catalog and search through DVDs and Blu-rays across all genres.

Then all that's left to do is turn down the lights, start the movie, and pass the popcorn! 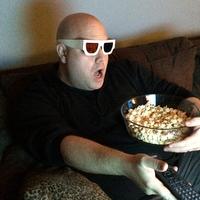 Nothing Better Than A Bad Movie! 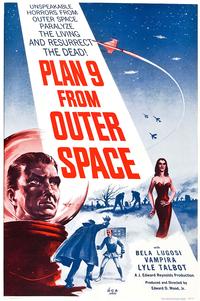 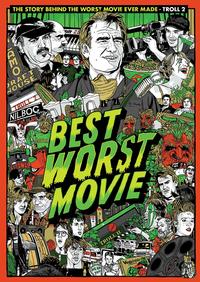 Best Worst Movie, a documentary about the unintelligible horror movie Troll 2
2 Comments | Add a Comment
I really love the music and scenery of Lost Horizon - the newer version with Michael York, John Gielgud and Sally Kellerman.
Ann Watkins - Overbrook
There will no good movie if there is no bad movie. But I do like Forrest Gump.
Star